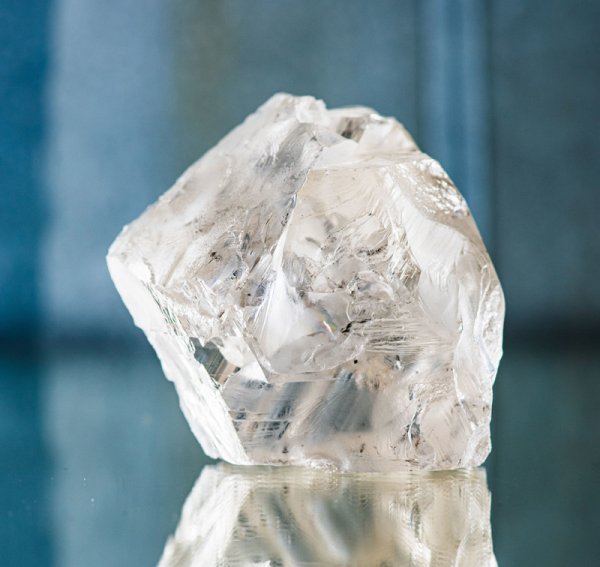 Lucara Diamond has unearthed a 470-carat whopper from its Karowe Diamond Mine in Botswana.

The top light brown ‘clivage’ diamond was recovered from direct milling of ore sourced from the EM/PK(S) unit of the site’s South Lobe. It represents the third stone larger than 300 carats found at Karowe this year, joining a white gem-quality unbroken stone weighing 341 carats and a 378-carat white diamond, both of which were recovered in January.

Year to date, the site has produced 10 diamonds greater than 100 carats, the Vancouver mining company reports.

“The benefits of a South Lobe dominated mine-plan continue to be realized in 2021 and underpins our confidence in the ever-improving Karowe resource as we mine deeper in the open pit to 2026 and move into underground mining out to at least 2040,” says Lucara’s CEO, Eira Thomas. “Both main rock types from the South Lobe continue to deliver large, high-value diamonds, including six diamonds greater than 200 carats in the first five months of this year alone.”