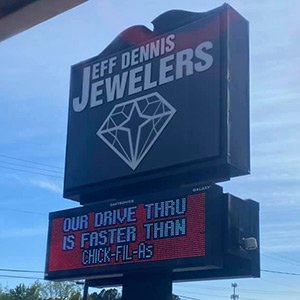 Jeff Dennis admits that he never intended to get into a full-fledged “sign war” with the restaurant on the next block. And he certainly never expected it to make national news.

And yet for the last two weeks, locals have watched with glee as Gardendale, Ala.–based Jeff Dennis Jewelers has taken gentle potshots at the nearby Chick-fil-A—and the restaurant has fired back.

It all started on April 27, when Dennis wrote on the sign in front of his store: “Our drive-through is faster than Chick-fil-a’s.”

Dennis stresses that the “hostilities” have all been in fun—he’s been friends with the restaurant’s owner, Mike Holmes, for over 25 years. The sign also served as a not-so-subtle reminder that the jewelry store has drive-through services—which it’s offered since the pandemic began. 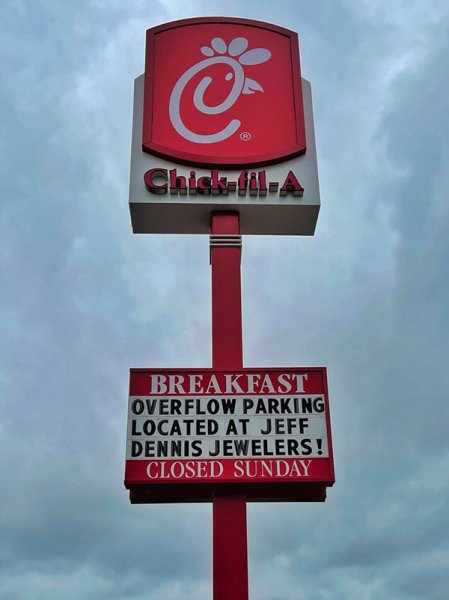 The next day, the “war” raged on, with the jeweler writing on its sign that “gold nuggets are better than chicken nuggets.” 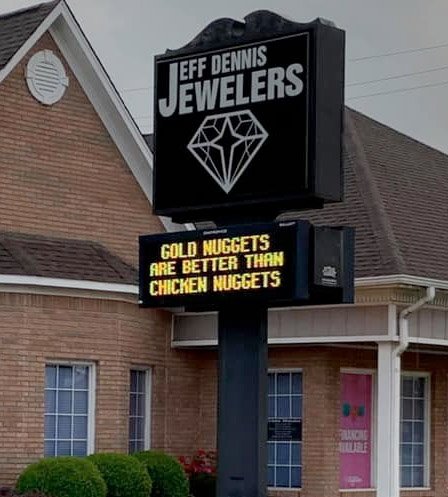 Chick-fil-A responded by decorating the jeweler’s lawn with cartoon cows and the phrase “Eat mor chikin,” the chain’s slogan. 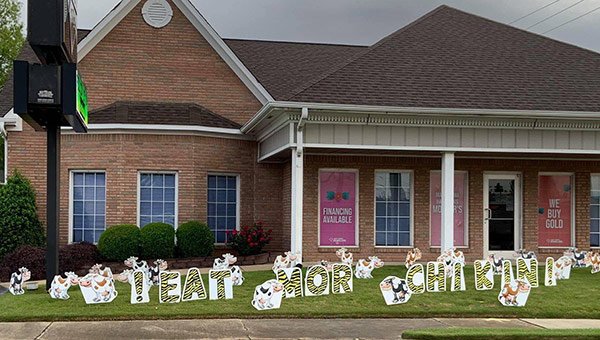 “I thought it was hilarious,” Dennis says.

On May 3, the jeweler added its own set of decorations outside the restaurant: gem cutouts and the words buy mor diamonds. 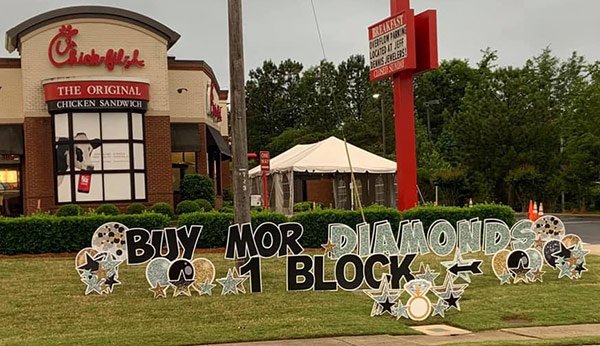 “Chick-fil-A, your yard has never looked better,” wrote Dennis on Facebook. “Yard of the week! It’s my pleasure!”

Bad weather has caused a temporary halt to the antics, but Dennis think it’s possible it may pick up again.

“We’ve been enjoying it, we’ll see how it goes,” he says, adding that the store has been busy since the phony feud began.

Facebook posts documenting the tit for tat have garnered thousands of likes, and the story has made national news.

The two store owners “have marveled at the viralness of it,” Dennis says. “It’s good publicity, positive PR that gives folks a little bit of distraction during these times.”