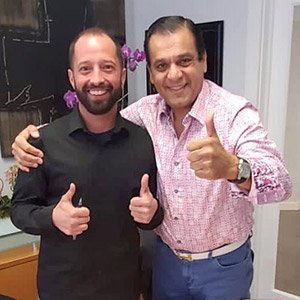 On May 6, Bergio International, the publicly traded jewelry manufacturer, signed a binding letter of intent to acquire 51% of the assets of GearBubble, an on-demand e-commerce fulfillment platform.

In its four and a half years of operation, GearBubble has processed over $130 million in sales and generated $27 million in revenue in 2020.

Up until recently, its offerings mostly included shirts and mugs, but it recently expanded into jewelry. According to a statement, it is known for its seamless eBay, Etsy, and Amazon integrations, which allow customers to launch, scale, and sell on different platforms.

Donald Wilson, CEO of GearBubble, said in a statement, “We are excited about this acquisition and the possibility to bring high-quality jewelry at a scale to the on-demand e-commerce market. With the vertical integration of Bergio’s production capabilities, we will be able to better service our millions of customers and scale much faster than we would have ever been able to do on our own.”

Berge Abajian, CEO of Bergio International, said that the acquisition will allow Bergio “to expand our footprint in new categories further while assisting GearBubble to develop their growing jewelry division.”

It will also let the jewelry brand “launch our fine jewelry and bridal platform to compete with other major luxury jewelry e-commerce websites,” he said.

In February, Bergio acquired Aphrodite’s, a global jewelry e-tailer that has racked up $31 million in sales. Since acquiring Aphrodite’s, Bergio has already increased its production by over 100,000 units.

Fairfield, N.J.–based Bergio International is traded over the counter on the Pink Sheets. More information on the acquisition can be found in the company’s recently filed 8-K.