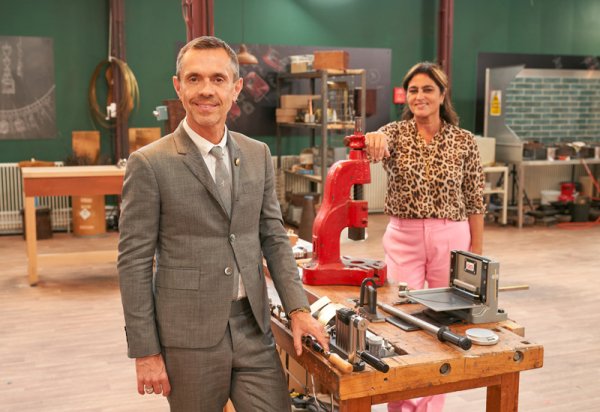 BBC Two has this morning confirmed that the jewellery design talent search show All That Glitters will return for a season two.

The series debuted with a peak of 2.6 million viewers for the first episode, the BBC revealed, and averaged at 2.3 million across the series.

On the commissioning of season two of the show, returning host Katherine Ryan said: “I am so delighted to be back again to host the beautiful show that is All That Glitters.

“The first series was a total joy to be a part of and taking part in the next series has absolutely nothing to do with the diamond rings, ruby tiaras or sapphire encrusted chokers I may or may not get to wear if my rider is agreed to.”

Meanwhile, Jack Bootle, BBC head of commissioning, science and natural history, said: “The audience response to All That Glitters has been amazing and I can’t wait to see what our next batch of talented jewellers are going to create.

“It’s so exciting to build on a series that celebrates British craft and creativity – and does so right in the heart of beautiful Birmingham, the European capital of jewellery-making.”

There is no word yet as to whether there will be any changes to the format of All That Glitters in season two, but it is assumed that judges Solange Azagury-Partridge and Shaun Leane will be returning.

Listen to PJ’s audio podcast with the pair below or read it here:

PJ PODCAST: All That Glitters special with judges Shaun Leane and Solange Azagury-Partridge