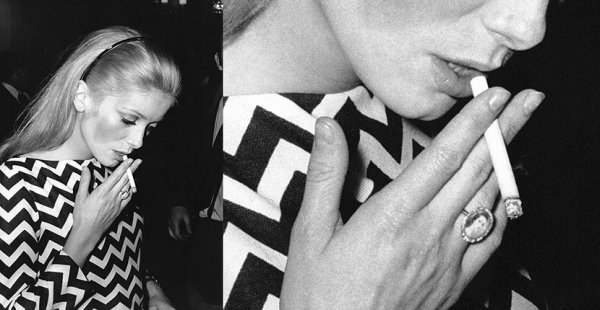 Find out about the rare vintage jewelry style

Wait Catherine Deneuve is wearing what? When a reader of The Adventurine sent me this image from the early 1960s of the French film star I couldn’t believe my eyes. She wanted to know more and so did I.

Deneuve is sporting a portrait ring depicting a lady. When I zoomed in on the jewel, I could clearly see the design was stunning. The photo marks the first time I have seen a portrait ring on anyone outside of a historic painting. Deneuve made the antique look as chic as it always was in my mind.

In my enthusiasm for the photo and the jewel, I showed it to my Francophile vintage loving friend, Lynn Yaeger who is a flea market fanatic. She was equally astonished by the ring and had some insight on the star’s shopping habits. Lynn had seen Deneuve at flea markets in Paris and New York. “She most likely found it one day at a flea,” Lynn thought.

So, what’s the story with portrait jewelry? 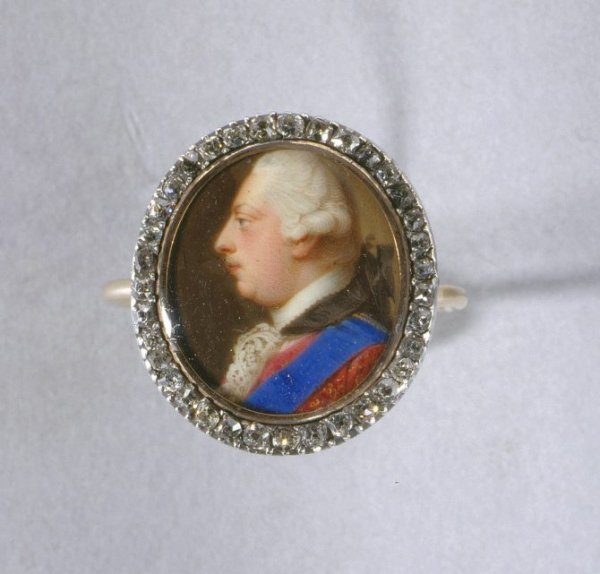 Deneuve’s ring appears to be a miniature portrait style that has been around since at least the 17th century and was very popular during the 18th and 19th centuries. The style worn by Deneuve is most likely Georgian.

Generally speaking, the miniature paintings were made using watercolors with a tiny brush and an ivory or velum canvas. Some miniatures are painted enamel executed on metal, a style that evolved from the Limoges technique.

Well-known artists were often commissioned to make miniatures. There were also painters who were famous for just their miniatures.

Miniature portraits were set by jewelers in rings as well as pendants, brooches, earrings, necklaces, bracelets and stickpins. The artworks were preserved under a piece of clear flat rock crystal. Very special jewels had portrait diamonds—totally flat gems—instead of a crystal. 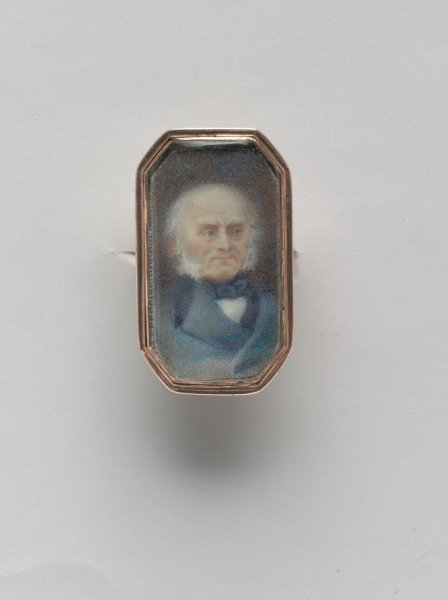 A ring with a miniature of Martin Van Buren, the eight president of the United States and a founder of the Democratic party is one of 600 miniature portraits in the collection of the Metropolitan Museum of Art that was included in the 2010 exhibition American Portrait Miniatures. 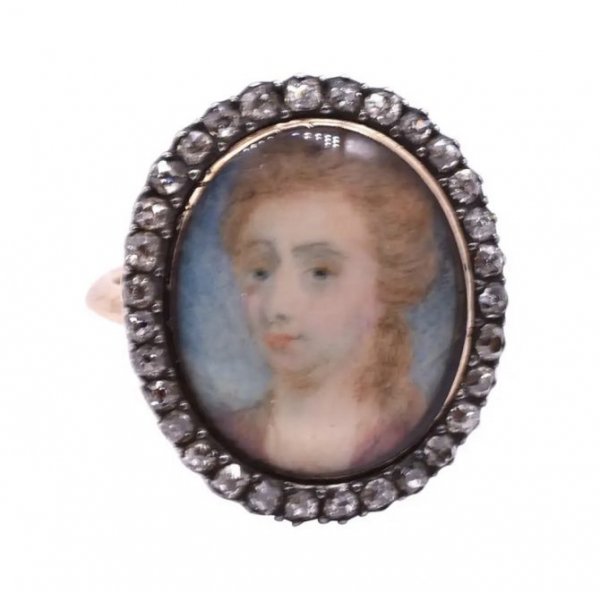 Miniature portrait jewelry began to wane in popularity with the rise of photography. If you are looking to add a piece to your collection today, good ones can be hard to find. In a search for styles, I only found a couple. There is a delightful portrait ring of Sarah Churchill, the Duchess of Marlborough on 1stdibs. And I also found a nice portrait of a Georgian gentleman on FD Gallery’s website.

If you are looking for a miniature of your own, you might have to just make like Catherine Deneuve and head to the flea markets.