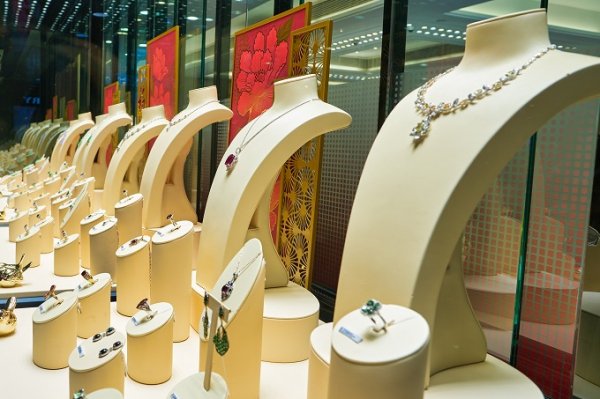 Annual results for fiscal year 2021 showed the group’s profit attributable to shareholders of the company grew by 107.7 per cent to HK$6.02 billion (around US$775.83 million). This was a considerable improvement from a loss of 36.6 per cent in FY2020.

The group attributed its positive performance to recovery in the China market amid a challenging business environment.

“Market volatilities in the past year presented opportunities for innovators to maintain competitive advantage,” commented Henry Cheng, chairman of Chow Tai Fook Jewellery Group. “In pursuit of long-term and steady business development, the group accelerated digital transformation efforts in the smart retail arena and expanded its retail network across online and offline channels.”

Chow Tai Fook’s retail network expanded to 4,591 points of sale (POS) as of March 31, 2021, with a net addition of 741 POS. The group opened 746 POS during the year in review, 669 of which were Chow Tai Fook Jewellery shops. “Approximately half of these openings of Chow Tai Fook Jewellery POS in FY2021 were in Tier III, IV and other cities,” the jeweller noted. These lower-tier cities achieved stronger retail sales growth compared with those in Tier I and II cities, mainly driven by new openings.

The company said the jewellery industry could further benefit from stronger domestic consumption, especially in China.

“As we are optimistic about the mid-to long-term growth in the mainland China market, we will focus on our China’s business development in the future,” Chow Tai Fook said. “We will continue our retail expansion strategy through penetrating into lower-tier cities and leveraging franchisees’ local knowledge. On the other hand, we would push forward our smart retail strategy through enhancing the retail experience and focusing on O2O channel integrations to take advantage of digital transformation.”

The domestic markets in Hong Kong and Macau have bottomed out with the Covid-19 situation stabilising. Retail market recovery is also expected once borders reopen and tourist spending resumes, the company said.