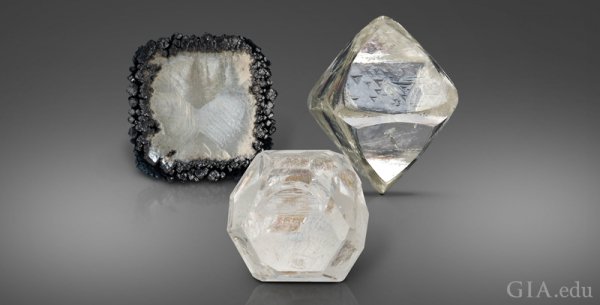 Today’s diamond consumer has more choices than ever when shopping for an icy white sparkler. There are earth-mined, treated, filled, and lasered options, plus diamond look-alikes, such as Moissanite. Finally, of course, there are lab-created diamonds. Each of these categories has been filling a niche through persistent marketing efforts.

However, rather than solving the problem of which one to buy, the wide swath of options often instead creates a conundrum in the minds of shoppers. Added to this perplexing scenario, several of these white stone-types may be offered by the same retailer. Thus, not only must consumers sort it all out, but retailers must also clearly understand lab diamonds, as well as how to sell them without inadvertently ‘un-selling’ their mined counterparts.

A ‘lab diamond’ may also be called ‘created,’ ‘lab-grown,’ ‘synthetic,’ or simply ‘man-made.’ All these descriptors are accurate, but the term ‘lab diamond’ is generally the most recognizable amongst consumers.

The lab diamond is, indeed, one of the more intriguing diamond products to enter the luxury goods sector. When conveyed properly, its story piques interest and creates loyal fans. But, in order for retailers to build an enticing tutorial around the lab diamond, they must first become expert in the product.

The evolution of synthetics

While today’s consumer might think these stones only recently hit the market, in actuality they’ve been around since the mid-20th century. In the late 1940s to mid-1950s, General Electric (GE) experimented with creating diamonds in a laboratory for industrial application. The material’s thermal conductivity made them ideally suited for many applications, including wartime efforts. By the ‘70s, the technology had advanced to creating gem-quality stones, and commercial production commenced in the ‘80s.

Over time, synthetic diamonds became highly marketable, offering economical alternatives to their earth-mined counterparts. Eventually, the carat sizes of these stones improved, along with their quality, making them an even more appealing alternative to natural diamonds. 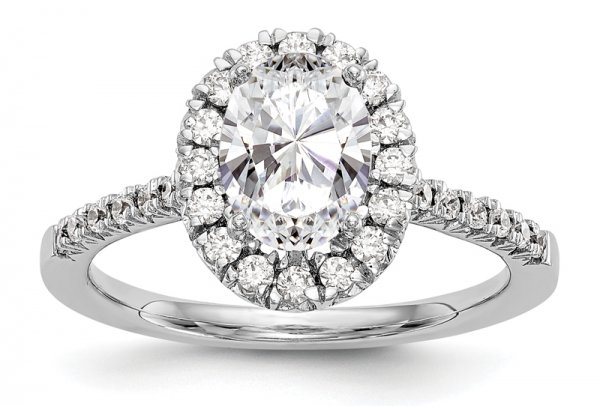 A true synthetic diamond is infinitely different from diamond look-alikes, such as cubic zirconia (CZ) or Moissanite. It is a veritable diamond in the strict sense of the word—all except, of course, for its method of creation. It possesses the optical, physical, and chemical properties occurring in diamonds harvested from the earth. The same conditions that produced natural diamonds are applied to synthetic stones—only, of course, in a laboratory setting under vastly sped-up conditions.

Earth-mined diamonds are composed of carbon, which has been subjected to extreme heat and pressure over long periods of time (billions of years, scientists say). This same process can be recreated successfully in a lab using carbon ‘seeds’ in special chambers where extreme heat and pressure are exerted in a controlled setting. Initial success with synthesizing diamonds was performed by imitating nature using high pressure, high temperature (HPHT).

This process was also found to change the colour of a mined stone; thus, it is stable, permanent, and the only known treatment to completely saturate a diamond in colour. While this upshot could have produced an existential crisis within the trade (given that fancy colour diamonds are rare and costly), detection methods were instead developed to separate natural diamonds from their HPHT counterparts. Thus, today, fancy colour diamonds are routinely sent to laboratories for testing to determine the origin of their colour, be it natural or HPHT treated.

You May Also Like  Far from home: Mining for sapphire in MadagascarThe next phase

By the time HPHT diamond production had been perfected in the ‘80s, a new process emerged—one which used chemical vapour deposition (CVD) for diamond production. This treatment creates diamonds by imitating the formation of the stones in an interstellar gas cloud similar to what happens deep within the earth. (Natural diamonds form approximately 160 to 200 km [100 to 125 mi] below the earth’s surface.)

Similar to HPHT, CVD places diamond ‘seeds’ in vacuum chambers; these are then subjected to gas clouds to aid and accelerate formation. The sealed chambers fill with carbon-rich gases which, in turn, layer carbon pieces onto the diamond seed. Where these processes differ is CVD utilizes less pressure and smaller chambers. Further, this treatment creates Type IIa diamonds, which are among the rarest diamonds harvested from the earth.

As technology continues to advance, it means larger carat-sized diamonds of greater clarity and higher colour are being produced in labs today. Indeed, either method of diamond synthesis can produce an impressive stone in less than a month. If one is shopping for a high-calibre colourless or a fancy colour diamond while on a tight budget, these synthetic counterparts may be just the ticket.

In a Gemological Institute of America (GIA) report, titled, ‘Is there a Difference between Natural and Laboratory Grown Diamonds?’ Russell Shor wrote:

Because laboratory-grown diamonds are, essentially, chemically and optically the same as their natural counterparts, traditional gemmological observations and old-style ‘diamond detectors’ are not able to tell them apart. Identification at a professional gemmological laboratory or using sophisticated devices developed by GIA and other organizations are the only reliable methods to separate them from natural diamonds.

While lab-grown diamonds present a sales opportunity for retailers, maintaining absolute separation between these stones and their mined counterparts is essential for establishing consumer confidence. Along with buying diamonds from reliable dealers, retailers can invest in sophisticated diamond detection instruments so they, too, can conduct in-house examinations of their goods. These devices are readily available and cost anywhere from US$500 to the double-digit thousands. Trained professionals may also recognize telltale signs of a lab-created diamond simply from visual inspection. These indications include colour zoning, distinctive patterns, weak strain patterns, and colours of ultraviolet (UV) fluorescence. For complete assurance, retailers often send the stone in question to a lab.

GIA issues grading reports for man-made diamonds similar to those produced for natural diamonds, though the reports look distinctly different.

De Beers in the mix

In 2018, as part of an ‘If you can’t beat them, join them’ move, De Beers announced its investment in the lab-created diamond sector with the launch of Lightbox. The division, De Beers wrote on its website, aimed to provide “straightforward and transparent pricing and marketing” for lab-grown diamonds.

“Prior to its launch,” the company said of Lightbox, “research highlighted there was confusion amongst consumers about laboratory-grown diamonds—what they are, how they’re formed, and how they’re valued.”

You May Also Like  Detecting pearl imitations and treatments 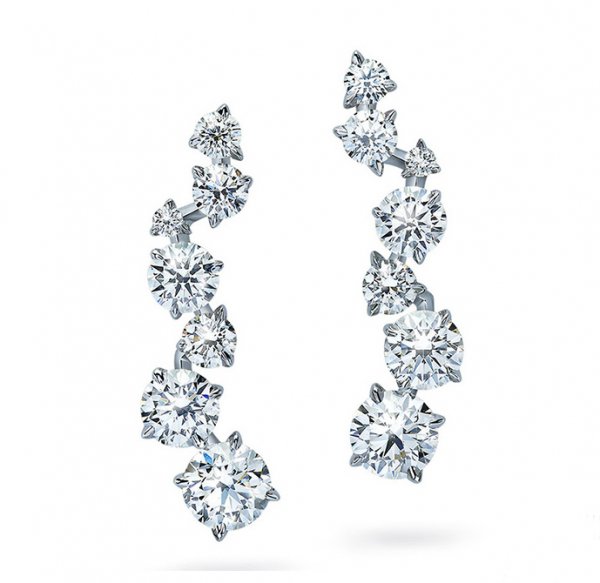 Transparent indeed: Lightbox’s website outlines its lab diamond pricing in a grid, beginning with 25-pointers (US$200) up to a carat ($800). The division uses moderately priced settings in 10-karat gold.

“Our pricing is easy,” Lightbox states, “as transparent as our stones, because we can make laboratory-grown diamonds every day of the week.”

“It should come as no surprise that the lower the synthetic price, the greater the demand for synthetic diamonds at the expense of natural diamonds. The decision, ‘Do you want it real or do you want it big?’ may depend on how much bigger.”

Rapaport also acknowledges each customer visiting a retail setting may have a different short list to fulfil.

“While synthetic diamonds may not hold value due to a lack of scarcity, there is no denying that some of your customers will want size over scarcity. In the end, it’s your decision what to sell.”

How to sell them

“Today’s clients are more informed than ever and they want choices and options,” he says.

For Barthau, he explains the features and benefits of each stone type to his customer, adding there is a place for both products.

Talin Waugh, a graduate gemmologist and jewellery designer at Bob Thompson Jewellers in Ottawa, concurs. He says one product doesn’t take away from the other; rather, it’s similar to selling both high-end and low-end earth-mined diamonds.

“Each one of them has its own customer,” Waugh explains. “We have the buyer for anything. We have the choices and they get the options to pick what their budget can get them.”

A trade-wide consensus asserts the core customer base for created diamonds is millennial shoppers—these pragmatic consumers are, by and large, more responsive to attractive price points than those before them.

To some extent, this is true; millennials usually want to maximize expenditures on luxury items. Further, a lab diamond’s eco-responsible message of sustainability tends to hold great appeal to these conscious shoppers.

In reality, however, these younger consumers are not the only demographic opting for lab-grown options. Indeed, a large portion of mature customers, many of whom already own earth-mined diamonds, are adding synthetics to their jewellery wardrobe. Generally, older shoppers aren’t out to impress or show off their duds on Instagram; however, for their own enjoyment, they may want big showy stones to wear when socializing. After all, lab diamonds offer a lot of flash for the cash, and that’s exactly what some consumers are going for.

You May Also Like  What makes ethical jewellery ethical?

Likewise, a young, first-time bride might be after the most envy-producing diamond her fiancé can afford. This crowd is often driven by social media influencers in their own age group who giddily flaunt doorknob-sized engagement rings—so, of course, the bride would also want to create her own exciting buzz.

“Younger customers are going for engagement rings, while older shoppers are buying bigger items, like fashion jewellery or even anniversary gifts,” Waugh says.

Overall, he’s found a consumer’s positive response is often driven by the style of jewellery when it is distinct.

“Wealthy people want lab diamonds, too, and the middle class may want mined,” he says. 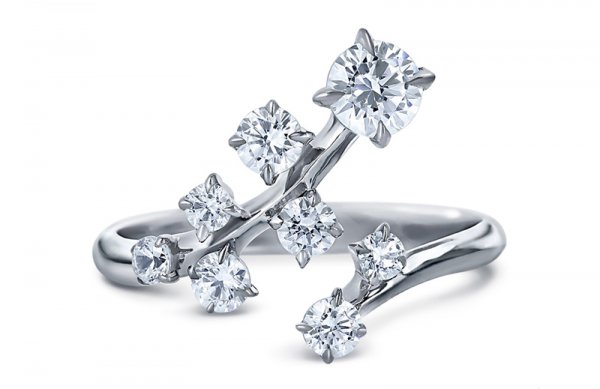 In a retail setting, it doesn’t take long for a salesperson to determine what their customer is after. For some consumers, nothing beats the charm of an earth-mined diamond: its secretive creation, formed deep within the earth over billions of years without the aid of human intervention, holds some collectors awestruck. When selling to these shoppers, a retailer should underscore the irrefutable facts about diamonds. The earth has one harvest—when a diamond is extracted, there will never be another such miracle exactly like that one.

But not every consumer is bedazzled by a diamond’s rich history; others, instead, appreciate the beauty of a lab stone and fall in love with its jaw dropping sparkle. When shifting to explain the value of a created stone, Barthau suggests retailers emphasize carats and clarity—as well as price.

“We’ve sold lab-grown diamonds to both young and old clients,” he says. “The common denominator is the quality and size they’re getting for the amount they are willing to pay. So, you could say the fifth C of a diamond is ‘cost.’”

The global pandemic has skewed sales expectations, as well as the way consumers shop. While it may be premature to make broad speculations, the upward trajectory of lab-created goods portends a long life for synthetic diamonds, irrespective of how, specifically, consumers shop for their sparkly stones.

So, what does this landscape look like going into the next decade?

“I foresee lab-grown diamonds becoming a larger footprint,” Barthau says. “We are seeing more suppliers entering this sector of the market.”

However, he underscores, riding high on the list of consumer confidence to keep interest buoyed in lab stones is identification and disclosure.

Waugh, meanwhile, tempers his forecast due to the current climate, but acknowledges public acceptance of lab-grown diamonds seems to be building.

“But it’s unknown for the time being,” he cautions. “With the pandemic, everything is on hold to see what will be next.” 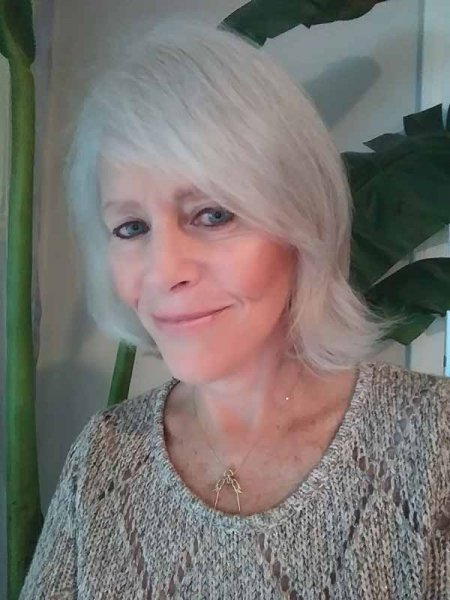 Diana Jarrett is an award-winning trade journalist and graduate gemmologist (GG). A registered master valuer, Jarrett is a popular conference and trade show lecturer. She is also the co-author of Cameos Old & New (4th Edition) and the co-creator of JewelryWebsiteDesigners.com. Jarrett can be reached via email at diana@dianajarrett.com or through www.dianajarrett.com.