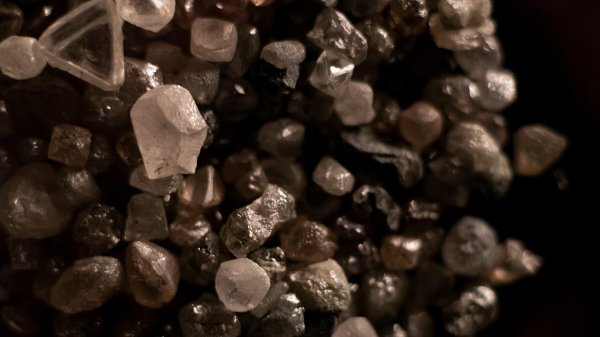 An assortment of rough diamonds mined at De Beers’ Gahcho Kue mine in Canada. The company’s rough diamond sales declined in May when compared to April and May 2019. (Photo © De Beers Group, Credit: Ben Perry at Armoury Films) New York—The heads of the world’s largest diamond mining companies said demand for diamond jewelry remains strong, though De Beers Group noted a decline in rough sales due to the COVID-19 crisis in India.

Preliminary results released by De Beers this week show rough diamond sales totaled $380 million during its fourth sales cycle of the year, May 3-18.

(The same period in 2020 is not an apt comparison because of COVID-19. With the entire world in lockdown, De Beers combined sales cycles four and five last year and sold only $56 million in rough.)

However, the brutal second wave of COVID-19 raging in India—the world’s largest diamond manufacturing hub—has impacted manufacturing capacity and, in turn, rough diamond demand during what is typically a slower season anyway, he said.

“Our thoughts are with all those in India as the country navigates the current challenges presented by the pandemic, reminding us that the road ahead remains uncertain and that we must continue to adopt a watchful approach,” he said.

In the month of April, Alrosa’s diamond sales totaled $401 million, including rough sales of $383 million and polished sales of $18 million.

Commenting on Alrosa’s performance, he said, “Our April sales were well-supported by the successful results delivered by auctions of high-quality large rough, as well as by strong sales of polished diamonds.”
Source