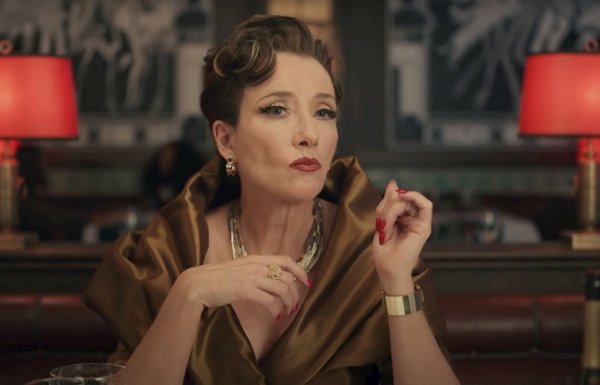 De Beers has partnered with Disney for the first time, providing high jewelry for the new movie Cruella.

British actress Emma Thompson (pictured) wears pieces from the Arpeggia collection as she plays the fashion designer Baroness Von Hellman in a new take on the classic 101 Dalmatians, set in 1970s London.

They include a five-line necklace and three-line earrings in white gold and the Diamond Legends by De Beers Cupid necklace – two symmetrical lines of princess-cut diamonds in 18K white and rose gold outlined by a row of marquise-shaped stones.

She stars opposite Emma Stone, who plays Cruella de Vil, in the movie, which opened over the weekend.