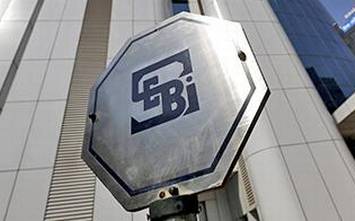 Does SEBI have the mechanism to monitor whether MFs invest as per scheme objectives?

They had cashed out of schemes based on ‘confidential, and non-public information’

Market regulator SEBI may invoke ‘fraud’ charges against some senior executives of Franklin Templeton Mutual Fund (FTMF) and the asset management company (AMC) for redeeming their personal investments from the beleaguered six debt schemes based on ‘confidential and non-public information,’ sources told BusinessLine.

The officials are likely to be held guilty for violation of the Prevention of Fraudulent and Unfair Trading Practices (PFUTP) norms, conflict of interest and other code of conduct issuess, the sources said. The SEBI order is expected within the next fortnight.

The regulator has found that these senior executives in their fiduciary capacity had access to confidential information such as scheme borrowings, regulatory filings and other updates before they were made public.

FTMF decided to shut six debt schemes on April 23, 2020 by suspending redemptions for more than 3 lakh investors, locking up their investments worth around ₹26,000 crore. However, just weeks ahead of this decision to shut the six schemes, the executives and their close relatives withdrew their investments.

SEBI has found that just five executives, their spouses, and relatives withdrew ₹56-60 crore from the schemes between March and April 2020. This was when the fund was battling stress and liquidity crunch and had written to SEBI to hike the borrowing limits, in March.

Another company, MyWish Marketplaces, which has been under the scanner of SEBI and the Enforcement Directorate, too, withdrew around ₹22 crore during the same time.

Vivek Kudva, Head of Asia Pacific for FT, his wife Roopa, who is a partner and managing director of Omidyar Network India, and his mother, Vasanthi, are alleged to have redeemed over ₹30 crore from the debt schemes between March 20 and April 3, 2020. SEBI found that the concerns of redemption concentration and liquidity risk were known to Vivek Kudva as per various e-mails dated March 18 and 19.

This apart, Kudva and Alok Sethi, another trustee of FTMF, are also directors of MyWish Marketplaces. Other key officials too withdrew their money from the schemes, and SEBI is likely to take action against them, the sources said.

However, it is not clear what course of action the regulator will take against other redemptions as it was difficult to ascertain who informed these corporate bodies and large institutions to exit the schemes before they were shut, the sources said. The FTMF debt scheme matter is already being before the Supreme Court.

When contacted, an FTMF spokesperson said, “We cannot comment on queries which are based on factual inaccuracies, speculation and conjecture.”

FT further said that it had robust policies related to personal transactions of employees, directors and for managing conflicts of interest.