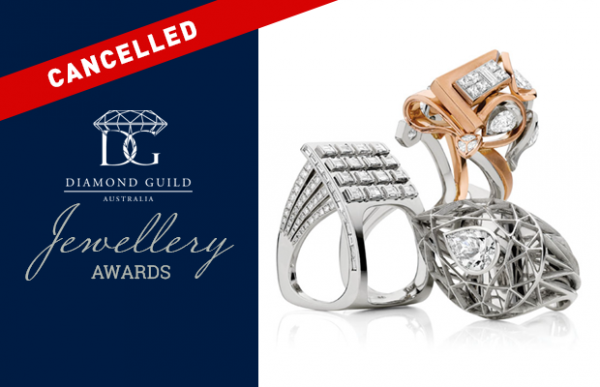 Registrations were first opened in February last year – with a presentation ceremony initially scheduled for October 2020 – but by April had been delayed to March 2021 as a result of the COVID-19 pandemic.

The awards were postponed indefinitely in January 2021 amid a succession of ‘snap’ lockdowns in NSW, Victoria, and Queensland.

While the Diamond Guild had tentatively planned to hold the competition in August and present the awards in October, executive officer Melissa James confirmed to Jeweller that the delayed 2020 awards will no longer go ahead.

“We have taken this difficult decision due to the ongoing uncertainty with sudden border closures between states,” James said.

“We have also had feedback from within the industry that many manufacturing jewellers are currently heavily committed to an increased workload of remodelling, repairs and new makes – which is a good thing!” she added.

Instead, the competition will revert to its regular biennial schedule.

“We have now firmly rescheduled the next Diamond Guild Australia Jewellery Awards to 2022, which will align with our normal biennial program that runs alternate years with other awards events,” James explained.

She told Jeweller the gala winners' presentation will be held earlier than previous years, in September 2022.

Registrations for expressions of interest are set to open via the Diamond Guild Australia website this month, and the deadline for entries has been extended to 30 June 2022.

Category details, prizes, and the judging panel are yet to be confirmed.