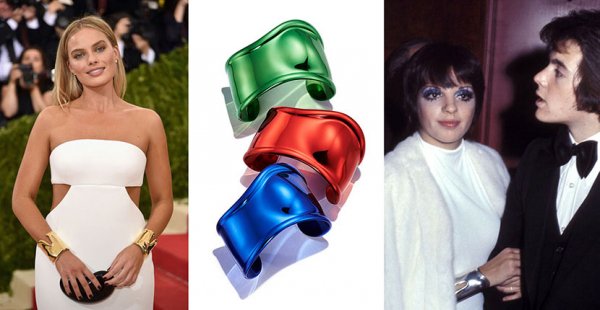 May 1, 2020—Elsa Peretti, who turns 80 today, has not lived in New York City for decades. But when she did make the Big Apple her home, she was such an important figure on the design scene she will always be an honorary New Yorker. Elsa’s big birthday coincides with Tiffany’s release of a new rendition of her Bone cuff. In honor of Elsa and our celebration of New York, that has been so hard hit by the coronavirus, we are taking a look back at the designer’s history, her iconic jewel and the new version of the design.

Born in Florence, Peretti moved to Manhattan in 1968 when the city was experiencing very hard times. “There was a garbage strike and I thought I was in hell,” she once told me. “Then I met Giorgio di Sant’Angelo.”

Peretti became fast friends with the fashion designer and found herself at the very center of the happening New York scene. Working as a model, she was a favorite of photographer Helmut Newton and a muse and close friend of Halston. All the while, Peretti was searching for a way to express her own creativity. Then one day she told di Sant’Angelo, “It’s going to be jewelry.”

Her organic work inspired by nature and the sculptures of Henry Moore fit in perfectly with the styles of the period. Her designer friends showed it on their runways and it was an instant hit. “When I started with Halston, it was go-go-go fantastic,” explained Elsa. “He loved my pieces, and they loved his clothes.” 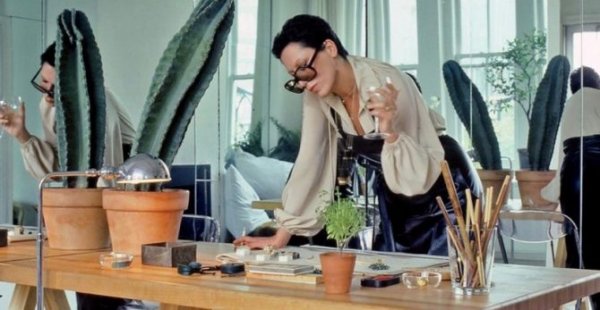 In 1974, Peretti joined Tiffany & Co. as a byline designer. Among the jewels in her first collection was the Bone cuff, an item she conceived in 1970. The jewel, originally made in silver, has undulating edges at the top and bottom and a contour that fits over the wrist bone. Intended to be worn as a pair, Elsa designed one for the left and one for the right arm. When I asked her about the genesis of the jewel for a 2013 interview in Time magazine’s Style & Design issue she said:

It was done with the first craftsman I worked with, Señor Abad. He did the Bottle pendant too. I was so thin at the time, and I was designing it on my left wrist. Then there was a flash between us about the area around the wrist bone. Between the craftsman and me, there is something in the air. 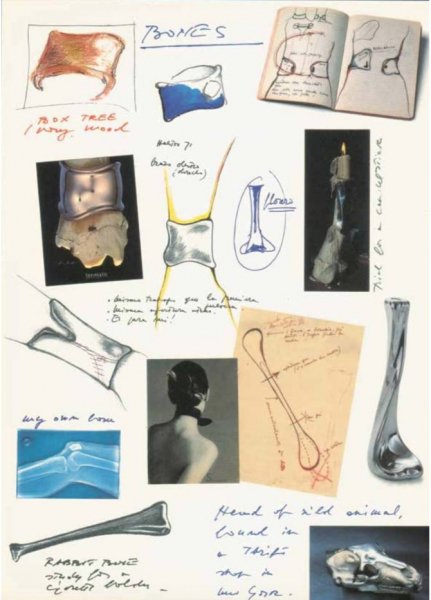 Like everything in her collection, the Bone cuff reflects Elsa’s interests and life story. She explained in her 1990 exhibition catalogue Fifteen of My Fifty With Tiffany:

My love for bones has nothing macabre about it. As a child, I kept on visiting the cemetery of a seventeenth-century Capuchin church with my nanny. All the rooms were decorated with human bones. My mother had to send me back, time and again, with a stolen bone in my little purse. Things that are forbidden remain with you forever. 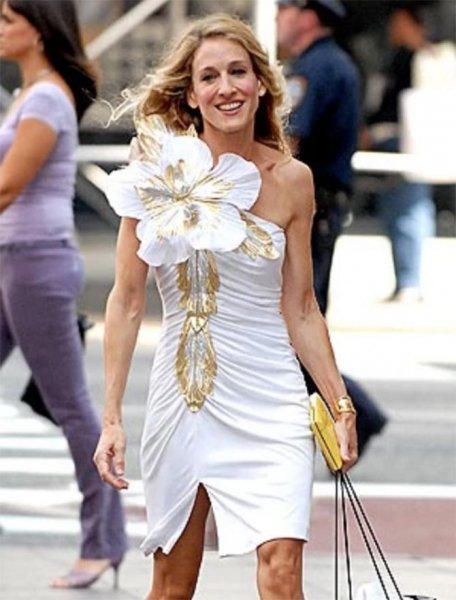 From the moment the Bone cuff debuted, it has been worn by celebrities. Liza Minnelli was among the first to sport it. In the 1970s she was frequently photographed wearing one Split Bone Cuff and one medium or large bone cuff. Just a few of the many others who have been spotted in various renditions of the design over the years include Diana Ross, Grace Jones, Sofia Loren, Angelina Jolie, Naomi Watts, Kate Winslet and Margot Robbie.

The Bone cuff has also been featured in films. The opening scene of the 2008 Sex and the City movie echoed a thought so many people had about Carrie Bradshaw. She was like a modern-day Audrey Hepburn in Breakfast at Tiffany’s. In the production, Sarah Jessica’s voiceover played while she took a stroll around the landmark Tiffany store on the corner of 57th Street and Fifth Avenue wearing a Eugene Alexander dress and a gold Peretti Bone Cuff. 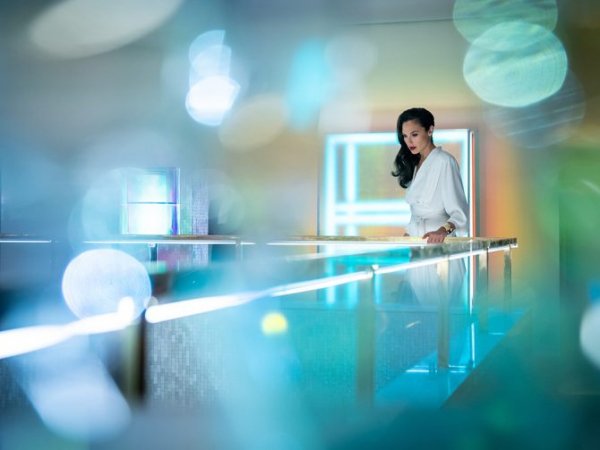 The trailer for the new Wonder Woman 1984 reveals Gal Gadot wears a Bone cuff in the film when she is dressed in civilian clothes and reunited with her old flame Steve Trevor (Chris Pine). It’s perfect costuming as the Bone cuffs have long been associated with the super heroine’s empowered style. 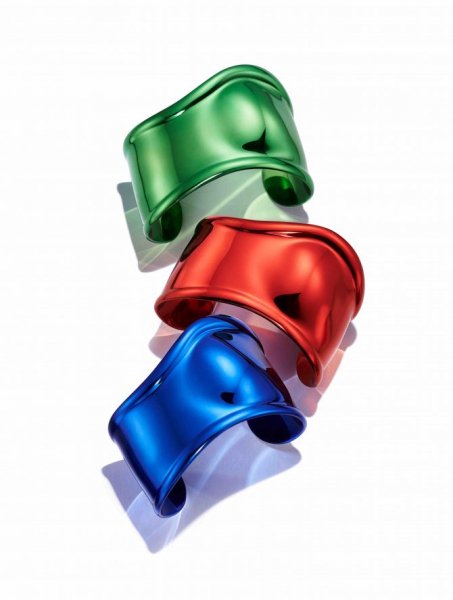 The sleek new copper renditions of the Bone cuffs are covered in green, red or blue metallic finishes. Each one is inscribed “special edition.” The high gloss bold colors infuse a 21st century aesthetic into the 50-year old design. They also prove, as if any evidence was needed, how the silhouette Peretti conceived when she was just 30 and living in New York City is one of the most iconic and timeless designs in the history of jewelry.