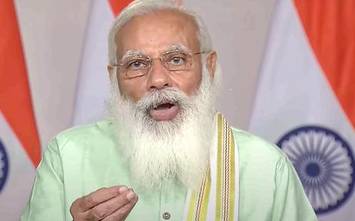 Prime Minister Narendra Modi on Saturday said that States should be encouraged to report their Covid numbers more transparently and they should be told that higher numbers being reported by them do not reflect adversely on their efforts.

Modi — who held a high-level meeting to discuss Covid and vaccination related situation in the country — directed officials to develop a distribution plan for ensuring oxygen supply in rural areas, including through provision of Oxygen Concentrators. He said necessary training should be provided to health workers in the operation of such equipment, and power supply should be ensured for smooth operation of such medical devices.

Modi also called for augmenting healthcare resources in rural areas to focus on door-to-door testing and surveillance by empowering ASHA and Anganwadi workers with all necessary tools. He said guidelines for home isolation and treatment should be made available in rural areas in simple language along with illustrations.

The Prime Minister took serious note of some reports about ventilators lying unutilised in storage in some States and called for an immediate audit of installation and operation of ventilators provided by the Central government. He was of the opinion that refresher training for properly operating ventilators should be given to healthcare workers if necessary.

Officials who participated in the review meeting briefed the Prime Minister that the number of cases — which has gone up beyond 4 lakh — is slowly coming down because of efforts by healthcare workers, State governments and the Centre. He was told that the number of tests per week has gone up to 1.3 crore compared to 50 lakh in early March.

Apart from instructing the officials to work closely with the States to speed up vaccination, Modi discussed the roadmap for making vaccines available to the States.