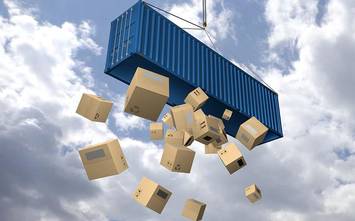 Exporters encouraged by rising trend; apprehensive about the second wave of Covid-19

Engineering goods exports from India to most top markets including the US, China, Germany and Italy posted high growth in April 2021 (year-on year) which could be mostly attributed to a low-base effect but also reflects global recovery, the Engineering Export Promotion Council (EEPC) of India has said.

The US continued to be the biggest market for Indian engineering goods exports and posted a 400 per cent growth compared to last April, followed by China which grew by 143.3 per cent during the month, per an official release issued by EEPC on Saturday.

Overall, engineering goods exports in April 2021 increased 229.74 per cent to $7.60 billion compared to $2.31 billion in the corresponding month last year, according to figures compiled by the exporters’ body.

“The growth momentum has continued for the past few months despite Covid-19 shadow. The high growth rate in outbound shipment is mainly due to the low base of FY21 but recovery is indeed impressive. It mirrors global trends,” said Mahesh Desai, Chairman, EEPC India.

Malaysia and Singapore were the only countries among the top 25 export destinations which recorded a fall in exports in April 2021.

Also read: India’s Covid crisis is a warning for other low- and middle-income countries: IMF

Despite the positive trend, apprehensions had risen in the past few weeks due to the devastating second wave of the pandemic, said Desai. “State governments are doing their best to ensure that economic activities are not impacted as a result of lockdowns and curfews but trade and business have not been completely insulated. It is therefore important that exporters get adequate support from the government,” he added.

The growth in engineering goods exports was also spread across sectors. In fact, all product groups other than ships, boats and floating structures, posted an increase in exports during the month, the release highlighted.

Exports of iron and steel recorded a sharp increase of 210 per cent in April 2021. Non-ferrous segment as a whole comprising aluminium, zinc, nickel, lead, tin and other products witnessed 110.5 per cent growth in exports. In total, 32 engineering goods categories registered an increase in exports.