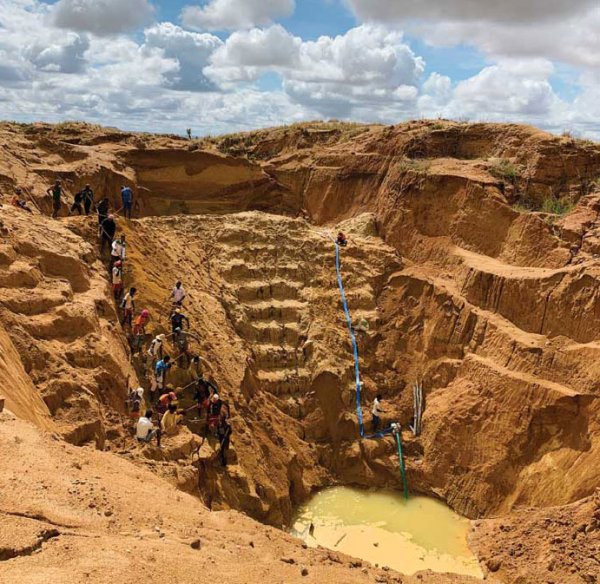 In December 2019—during the ‘before times,’ back when COVID-19 was yet to be a concept in our minds in this part of the world—I had the golden opportunity to join a small group of competent people heading to Madagascar on what would soon become one of my favourite gemmological trips.

To begin with, field gemmology and travelling to mines directly is a great learning opportunity: you can see the sites and the people you want to work with, observe the conditions, build relationships and contacts, and meet amazing individuals with infinite stories they can share with you over a good drink.

There are dangers, of course—armed thieves, fake/synthetic gemstones, and more. For the most part, though, the gains outweigh the risks. (This doesn’t mean you don’t have to be prepared when it comes to this kind of travel. Indeed, you should be ready for anything that comes your way!)

After several days of travelling, we arrive at Ilakaka, one of the numerous places in Madagascar that has good gemstone productions.

First thing to know: when it comes to gemstones, Madagascar is one of the richest countries in the world. One can find rubies, sapphires of all colours, emeralds, aquamarines, citrine, amethyst, garnet, and topaz, along with some rare gemstones, like jeremejevite, cordierite, and grandidierite (the latter of which is among the most expensive out there).

On the scene, the locals do not immediately trust us—this is to be expected, as we’ve arrived in their territory as tourists.

One of the first mines we visit is called the ‘Swiss Bank.’ Local residents often christen mining sites with bank names as a sign of good luck for money and prosperity. This particular mine, which is known for its production of pink sapphires, is owned by a company; it’s not artisanal like a lot of the mines we will eventually see in Ilakaka.

The Swiss Bank is impressive for a first visit. The bigger holes were mostly dug with the help of excavators, but the brunt of the work was completed by the miners—forming a line from the top to the bottom of the hole, the miners make a chain to bring the dirt out and into the bags without having to move up and down.

The second mine we are lucky enough to visit has a more ‘local’ moniker: Ambovonahomby. It’s smaller than the Swiss Bank, but no less impressive to observe in a 35 C environment. This site is less localized and less specialized; you can find sapphires of all colours, as well as some other gemstones, like chrysoberyl.

Indeed, each mine we visit throughout our trip offers more answers, serving as a piece of the giant puzzle that is the Madagascar gem-hunt. I could name all of them and describe them, but it would not help you understand the environment; just the mechanics of it.

You May Also Like  Put a ring on it: Men’s wedding bands for the big dayA tricky trek

My time in Madagascar was no easy feat. Our group would sometimes venture six hours on foot under a scorching sun just on the whisper of a fresh find or a new mine. We would walk for kilometres through water, like the Tahaza River, and try to talk to villagers passing by. The people we met were mostly kind and open to talk, if not a bit distrustful (who wouldn’t be?). We were careful and travelled with armed guards, but most of the time, showing these hardworking men and women respect and laughing with them was the key to having easy conversations—and it helped us understand how they worked. 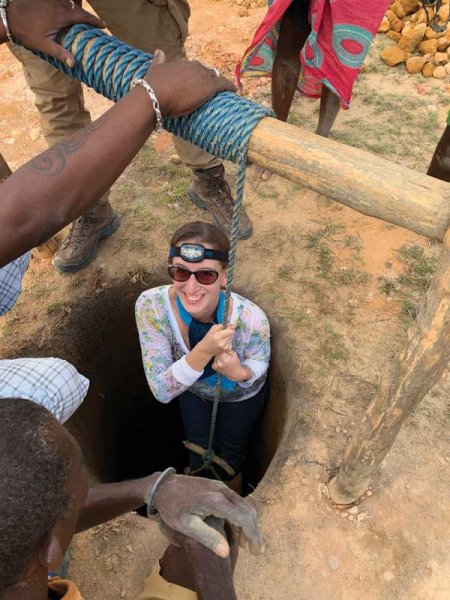 We met one miner as he washed gravel in the river and listened as he described his typical day: he would walk five kilometres from the river to find the mine where he worked (the trip took upwards of 90 minutes); once there, he bagged anywhere from 40 to 50 kg of gravel and then toted it back to the river. He told us he could do about 10 bags per day. The mine was family owned, so it was only he and his relatives working there to make a living. Between them, 10 miners could create a mine 21 metres deep within a few years, and would move to a new location when needed.

Down the rabbit hole

Later, while in the middle of the Madagascar savannah, we stopped at a particularly memorable mine called Mandanikapa. A relatively new site, the mine had a unique look because of numerous holes dug in the flat ground, making it resemble a Swiss cheese maze. It was impressive because, while you would not see anything amiss just by just looking on the horizon, if you didn’t look where you were walking, you risked falling into a metre-wide hole that sunk deep into the earth!

The mine had more than 50 working holes, some of which were closed up or not used anymore. It had only started production in October of that year, which meant everything had been dug within two months. You had to count at least two to three miners into the tunnels per hole, plus two or three more to pull them up with the help of a wooden lever, a rope, and a bucket. Most of the holes were connected by tunnels between them, so sometimes you would see a miner go down and emerge from another place, 10 metres away. It was as fascinating as it was dangerous.

I greatly appreciated the workings of this mine; it was owned by a few people who had the money to keep it running, as well as funds for the tools and wood used by the miners. If the men/women found a sapphire or other stone, it would not go directly to the owner; the deal would be that the owner would buy the stone directly. The other half of the findings could be sold at the gem market. It was a win-win situation for the owners and the miners.

You May Also Like  O Canada: Canadian jewellery shines bright this fall

With these facts in hand (and despite a slight case of claustrophobia), I knew I had to go into the mine to experience it firsthand, if only for a moment. So, armed with a head light and misplaced determination, down the rabbit hole I went.

The experience was exhilarating. The air in the tunnels was cold and humid, while the space was wide enough for me to be on my knees but not totally upright—which meant moving from tunnel to tunnel required a bit of a crawl. The miners here did not dig deeper than eight metres because the air would get too thin. Some artisanal mining holes are as deep as 16 metres, but those sites always have someone on the outside with a plastic bag, pushing fresh air into the tunnel so workers could breathe easily. (In those cases, it’s always better to not be on bad terms with your wife or husband, as they were often to ones pumping oxygen into the mine for you!) 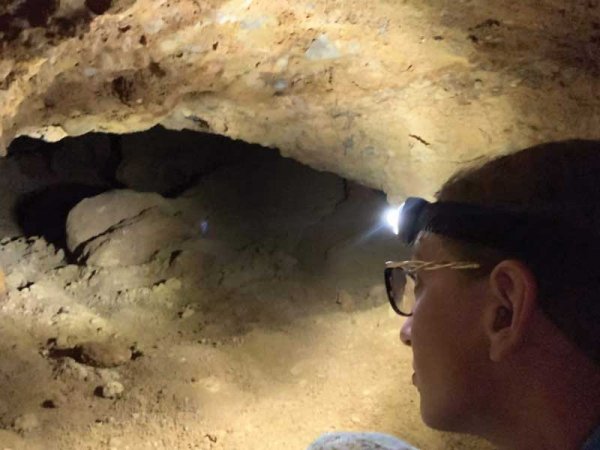 As a traveller, buying gemstones in Madagascar requires a bit of calculation. While the national currency is the ariary (MGA), most miners still count in Malagasy francs (MGF), the old money. This amount is then converted to euros (as this is what is used to change to local money), before, finally, to the Canadian value. So, it’s common to deal in MGF orally, but pay in MGA. The process took some time to get used to.

To help me think fast and offer prices on the go, I kept a short list of different amounts with me until I learned them by heart—this is a good trick if you don’t want the merchants to think they can fool you with numbers.

Getting our hands on some of the good stones at the market required some effort, too. We had to wait a few hours at the end of each day and, even then, the miners didn’t know or trust us. Fortunately, we were able to be brought in by one of the locals and were presented as friendly acquaintances. This bit of luck helped a lot in the end to make conversation and deals. 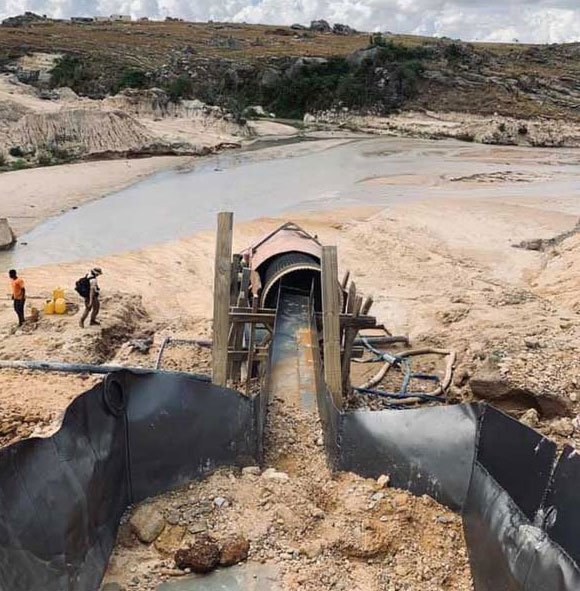 Gemstone rushes were and still are a normal occurrence in Madagascar, creating a kind of fever dream to find the best and biggest gemstones out there. When a big find is made in a new locality, there are suddenly 17,000 miners coming from around the country to dig. Five years later, the area often still has about 1800 miners digging and the new village will be full of life. Indeed, these sites give birth to communities, complete with new families who are growing, building, and expanding. This was the case for a small place named Ambalavi, located near a river bank. When asked if their life was better after the sapphire rush, some would say “yes,” while others would shrug and move to another mine to find the gemstones that would change their lives.

Most of the mines we visited in Madagascar were family owned and the people were quite happy to see us. The closer we travelled to the mines, though, the more synthetics and imitations we found, supporting the notion that studying and practicing the identification process of coloured gemstones is paramount to a successful buy/hunt. Imitations and fakes are everywhere—never forget that. Our little group was armed with diverse materials and means to identify (even a simple flashlight and loupe are better than nothing). We even had some pickaxes with us in case we were the ones doing the digging.

Of course, there are always problems in places where riches can be found—in this case, the illegal cutting of trees from the few preserves we could see; illegal mining and, by extension, deaths caused by the digging of unsafe holes; the selling of synthetics and imitations near the mines. Overall, however, seeing the mines and visiting as many countries as I can helps me make informed decisions. Indeed, in addition to being exciting, these adventures give me a better idea of who I should buy from, as I’m able to see a gemstone’s story, including where it originated and who unearthed it. It is such a case where learning becomes your weapon and travelling serves as the means to a better industry. 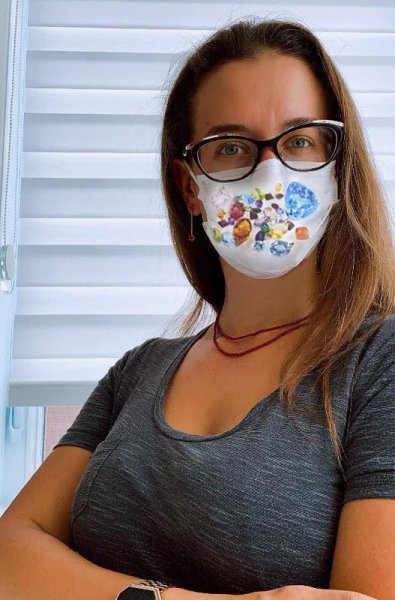 Lauriane Lognay is a fellow of the Gemmological Association of Great Britain (FGA), and has won several awards. She is a gemstone dealer working with jewellers to help them decide on the best stones for their designs. Lognay is the owner of Rippana Inc., a Montréal-based company working internationally in coloured gemstone, lapidary, and jewellery services. She can be reached via email by contacting rippanainfo@gmail.com.