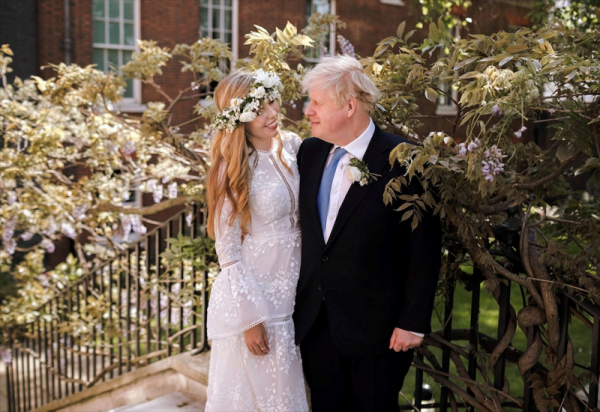 The secret marriage ceremony of Prime Minister Boris Johnson and his third wife Carrie Symonds appears to have influenced consumer spending habits considerably already, especially when it comes to weddings.

HURR provides a large selection of jewellery in its HURR Bridal section, all of which is available for rental rather than purchase – a growing consumer trend due to the potential cost savings and environmental benefits of hiring.

Now HURR reports that it saw a 268% surge in bridal rentals over the Bank Holiday weekend.

This comes in the wake of Boris Johnson’s marriage to Carrie Symonds, who wore a rented wedding dress in a bohemian style at the quiet ceremony, and who appears to have significantly influenced consumer spending trends.

The couple reportedly paid £45 for the dress which would ordinarily have cost £300.

Co-founder, Victoria Prew, commented: ‘We have seen a steady and increasing interest in bridal, but the web traffic and booking accelerated notably over the bank holiday weekend.

“As an ideal time for planning, the long weekend gave brides a chance to plan a more sustainable wedding dress option.”

The HURR Bridal section also contains a number of jewellery pieces, including earrings by brands Alighieri and Soru. Outside of its bridal range can be found jewellery from Missoma, Chanel, Dior and other notable brands.

Read more about the company’s work with Selfridges on fashion and jewellery rental below: