Fluorescence in diamonds refers to a stone’s tendency to emit a soft-colour glow under short or long waves of ultraviolet (UV) radiation. You may have noticed this effect when wearing a diamond piece while under bright sunlight, lying on a tanning bed, or dancing under a black light at a nightclub.

Once the UV light source is removed, fluorescent diamonds will only continue to glow for a few nanoseconds. While in very rare cases, some diamonds—including the famous Hope Diamond—will continue to glow, meaning they are also phosphorescent.

Over the course of the long history in the diamond trade, fluorescence was actively sought out in colourless diamonds; it was not until the late 1970s this effect was misunderstood as a negative attribute that compromises the quality of a diamond. For decades, the debate on the effects of fluorescence in colourless diamonds continued, to no avail, between the most experienced tradespeople. 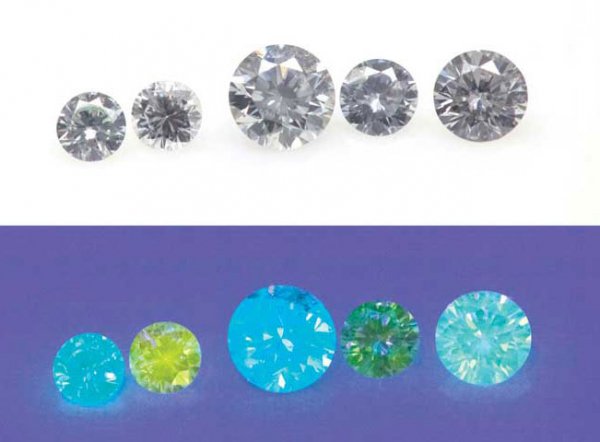 By the late ’90s, however, it was agreed that fluorescence does not weaken a diamond’s structure and has little or no effect on a diamond’s sparkle, which is determined by cut and clarity. Further, fluorescence became acknowledged as a diamond’s unique characteristic, serving as additional information to help identify and distinguish one diamond from another (even aiding in cases where stolen diamonds were recovered).

In this article, we pivot our gaze to observe the effects of fluorescence in natural colour diamonds, based on this author’s experience working with one of the oldest and largest natural colour diamond collections in the world. In doing so, the objective is to shed more light and clarity on this matter for collectors, jewellers, and tradespeople alike as they continue to discover these unknown beauties.

Fluorescence in colourless versus colour diamonds

The phenomenon of fluorescence is caused by different variations in the atomic structure of a diamond. While only 30 per cent of colourless diamonds fluoresce, it is estimated more than 60 per cent of natural colour diamonds emit the glow.

You May Also Like  AGS Laboratories: Protecting consumer confidence one diamond at a time

This variance depends on the stone’s colour and origin. For example, 90 per cent or more of blue diamonds are noted as having no observable fluorescence, while pinks tend to fluoresce more than other colour diamonds.

Further, contrary to fluorescence in colourless diamonds (which are mostly blue), fluorescence in natural colour diamonds varies greatly. Blue is the most common fluorescence colour, but white, orange, orange-yellow, yellow, green, and red have also been observed.

How is fluorescence graded?

Fluorescence in diamond is considered as an identifying characteristic; not a grading factor like clarity and cut. Diamond grading reports describe a diamond’s fluorescence by five levels of intensity: none, faint, medium, strong, and very strong.

All types of diamonds—natural, synthetic, and treated—can emit fluorescence. The nature of each glow contains vital information gemmologists can use to determine whether or not a diamond is synthetic or treated, depending on its response to short and long waves of UV light. Additionally, the Gemological Institute of America (GIA) uses fluorescence imaging to reveal characteristic growth patterns within crystals.

What are some myths surrounding fluorescence?

In colourless diamonds, fluorescence is generally perceived as undesirable. This, however, is a misconception, as many scientific studies and professionals in the field agree fluorescence is often a positive characteristic.

Because fluorescence does not compromise the value of natural diamonds, it should not be a factor that affects a stone’s price. According to HRD Antwerp, “even strong fluorescence does not negatively impact a diamond’s appearance” and “[t]here are no grounds on which to justify the price penalties that currently apply to fluorescent diamonds.”

Alan Bronstein, president of National Coloured Diamond Association (NCDIA) agrees, noting, “Argyle pinks have fluorescence and yet it has no influence on their price.”

When does fluorescence have a negative effect?

When assessing possible drawbacks of this phenomenon, two factors must be taken into account: the colour of a stone and the strength of the fluorescence. In exceptionally rare cases, the combination of a diamond’s intrinsic colour and the intensity of the fluorescence could possibly create an observed negative effect in the stone.

You May Also Like  Heads up: Do your part to help fight jewellery crime

For example, in cases of an extremely high level of fluorescence, the perceived ‘glow’ could impact the clarity and brilliance of a diamond, making a stone appear milky or hazy to the naked eye—two symptoms nearly impossible to miss.

Likewise, in the unusual case of yellow diamonds with a very strong blue fluorescence, the stone’s colour might appear less vivid due to the phenomenon created by the two complementary colours (i.e. blue and yellow).

Aside from these atypical cases, an average person is unable to perceive the difference between a diamond with or without fluorescence, according to the GIA Fluorescence Study. What’s more, when it comes to the overwhelming majority of diamonds, the strength of fluorescence does not have noticeable effect on a stone’s appearance at all.

While fluorescence does not have a perceived undesirable impact on a natural colour diamond, could this unusual effect actually make a stone or piece of jewellery more attractive? 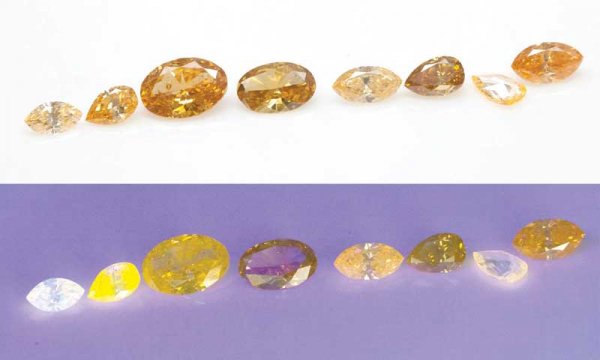 While fluorescence has no negative impact on the structure and the quality of a diamond, it can certainly enhance or change the colour of a stone in magnificent ways, especially for natural colour diamonds.

The most famous and clear example is perhaps yellow and orange diamonds from Brazil, which often have a very strong green fluorescence. This creates wonderful colour effects and gives the impression the diamonds are glowing.

You May Also Like  Pointing the smoking gun on trading centres: Mounting evidence of unethical practices leads to calls for reform

It is, of course, a matter of taste whether one likes fluorescence in some colours or not, but it is important to keep in mind that, for natural colour diamonds, the presence of fluorescence is not considered negative.

Simply put, fluorescence in diamonds should not be considered as a negative trait that devalues stones. On the contrary to the general misunderstanding, fluorescence actually plays a positive role by contributing to the uniqueness of natural colour diamonds by adding an individualized touch to each colour—one that cannot be emulated or duplicated otherwise. 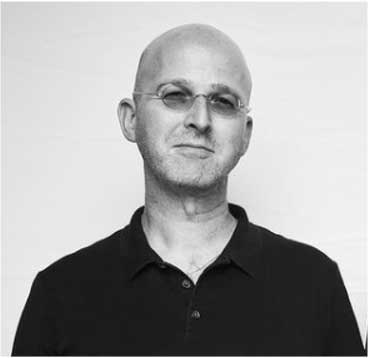 Stefan Langerman, PhD, is CEO of Langerman Diamonds, a family-owned and -operated business with the world’s largest selection of natural colour diamonds. He can be reached at contact@langerman-diamonds.com.

This article was researched and written by the Langerman Diamonds team. Based in Belgium, Langerman Diamonds is recognized for its expertise, dedication to craftsmanship, and to the highest standards of service excellence. For more information on natural colour diamonds, visit www.langerman-diamonds.com.