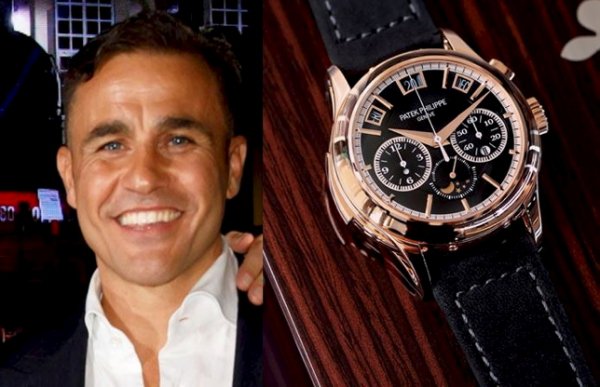 Italian football legend Fabio Cannavaro is auctioning his extremely rare Patek Philippe watch – and donating the proceeds to help at-risk youth in his hometown of Naples.

Only 10 such watches are produced annually and it is the first time a pink gold been offered at auction.

Cannavaro, 47, played for Internazionale, Juventus and Real Madrid, and was the captain who led Italy to victory in the 2006 FIFA World Cup.

He and three fellow players founded the Fondazione Cannavaro Ferrara in 2005, which has raised $3.7m to fund sports and educational programs.

Thomas Perazzi, head of watches, Asia, Phillips, said: “We are very honoured to have been entrusted with the sale of this watch.

“It comes with incredible provenance as it was originally owned and had been worn by Fabio Cannavaro, captain of the World Cup winning Italian national football team in 2006.”