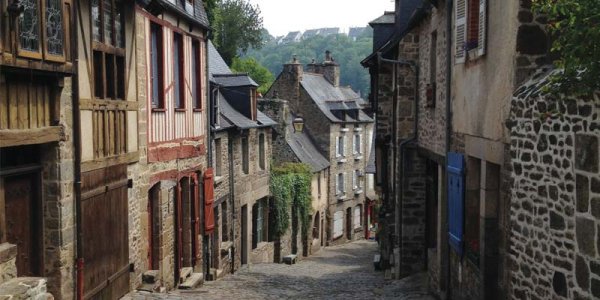 Editor’s Note: This is the fifth instalment in a six-part series on creating custom jewellery. Throughout the year, the author has shared the process his store went through to create custom pieces. This time, he turns his attention to a pavé diamond ring.

What I like best about Europe are the small towns with their narrow winding streets. Take this photo of a small village in France, for example. The homes all appear to have been built back in the 1800s. In a similar town, I met an old man who told me its cobblestone streets were 400 years old. Wow! The asphalt pavement where I live is a wreck after just 10 years. It’s no wonder the French have time to create such beautiful works of art and jewellery—they don’t spend it fixing their streets.

Please take a moment and really look at this beautiful street. The French use the word pavé to describe the cobblestone. In our industry, we have attempted to mimic their beauty by creating jewellery ‘paved’ with small diamonds. Wouldn’t it be wonderful if we could somehow get our pavé diamond jewellery to last 400 years? That would be a stretch, but if done well, a pavé ring should at least last a lifetime.