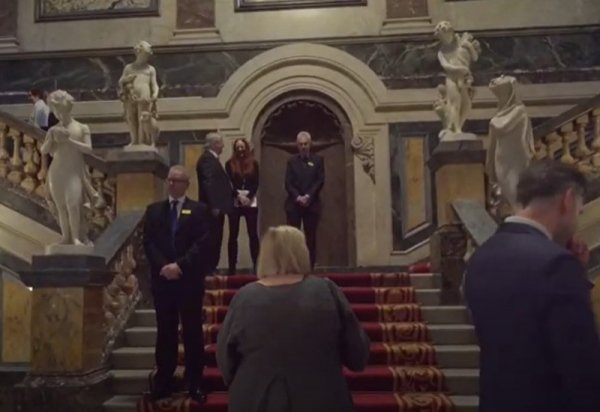 For the first time the Goldsmiths’ Craft & Design Council (GC&DC) Awards has been held in a format that allowed any member of the public to view the ceremony.

The event is usually an invite-only affair, with only patrons of the organisation and award winners on the guestlist.

For the 2021 ceremony, the GC&DC Awards was held virtually, with the council inviting anyone interested to register to view for free.

As usual the event took place at the Goldsmiths’ Hall, and saw a number of awards given, with viewers watching on via a YouTube livestream.

Richard Fox, prime warden, made an appearance, along with Peter Crump, chairman of the GC&DC and royal patron, Princess Michael of Kent.

Meanwhile the evening was hosted by Rachael Taylor, co-founder and editorial director of The Jewellery Cut.

To catch up on all the action at the awards ceremony, view below: