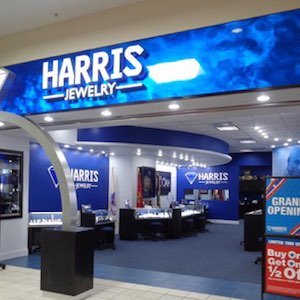 Harris Jewelry, the 18-store, New York–based chain that served members of the military, has closed all its stores, though it will still operate online and via phone.

The news first appeared in the Jewelers Board of Trade’s weekly alert.

The 65-year-old company, also known as Harris Originals, tells JCK: “On or about April 11, Harris made the difficult decision to close all of its remaining retail locations. Our stores were hit particularly hard by the pandemic, resulting in a steep decline in sales.”

It said that it closed six stores earlier in the year, and recently made the decision to close the remaining 12.

Harris has faced a number of legal challenges, including an ongoing complaint from the New York State attorney general’s office, which called the company’s lending practices misleading and said it overcharged customers.

The company told JCK in 2018, when the complaint was issued: “Harris Jewelry operates in full compliance with the laws that regulate our industry. Harris Jewelry stands behind its decades-old business model. The New York attorney general has unfortunately reached the wrong conclusions about our business and the work we do.”

In 2019, Harris got six of the attorney general’s eight counts dismissed, but one was later reinstated on appeal.

In June 2020, Harris settled a suit with the Tennessee attorney general’s office, which also accused the company of misleading practices regarding its credit, claiming that its advertised retail prices “bore little resemblance to the amount paid at the end of the financing contract.”

Harris agreed to pay $800,000 in debt relief and refunds to certain customers who made purchases at its one Tennessee store.

It said in response that it “neither admit[ted] nor den[ied] the allegations,” and the settlement “resolves the matter in the best interest of our customers and the company.”

In 2018, attorneys general from 16 states reached an agreement to shut down Operation Troop Aid, a military charity that received funds from Harris’ Operation Teddy Bear giving campaign. As part of the agreement, the charity admitted that it made misleading claims as part of its commercial co-venture with Harris.

Harris said it was disappointed to learn of the settlement, and would be directing its funds to a different charity.