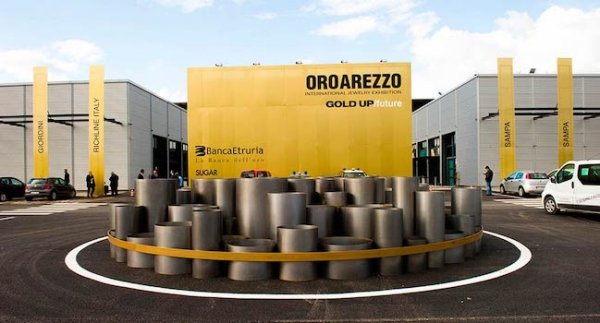 Italy’s Oroarezzo is one of several international jewellery events to be cancelled or postponed this year, alongside the Hong Kong ‘twin’ shows. Hong Kong and Italy jewellery fairs face more delays, cancellations Posted April 21, 2021 | By Arabella Roden • Editor The ongoing COVID-19 pandemic has led to the postponement of several international jewellery and watch fairs in 2021, including Italy’s Oroarezzo, the Hong Kong shows and the successor to Baselworld, HourUniverse.

Less than two months before the fair was scheduled to begin, Oroarezzo organiser the Italian Exhibition Group (IEG) has confirmed the show will not take place this year.

"It is impossible to imagine that big buyers from the Middle East, the United States, Asia and all the other strategic markets for Italian export, will be able to come to Arezzo in June"Italian Exhibition Group statement

Originally slated for 12–15 June in the Italian city of Arezzo, IEG has cancelled the physical event, stating, “The market’s key players agree that, in view of the current situation, it is impossible to imagine that big buyers from the Middle East, the United States, Asia and all the other strategic markets for Italian export, will be able to come to Arezzo in June 2021.”

At the time of publication, IEG’s other jewellery show, Vicenzaoro, was still scheduled for 10–14 September 2021.

Both shows will be held at the Hong Kong Convention and Exhibition Centre.

Earlier this year, HourUniverse – which was developed as a replacement for the now-defunct Baselworld by organiser MCH Group – was postponed from its original April dates to the Northern Hemisphere summer, at the earliest.

In a statement published on the HourUniverse website, management explained that summer dates will allow the physical show to “be held under the best possible conditions” in Basel, Switzerland, with “new venues that will facilitate networking, both indoors and outdoors, such as the creation of a new large central outdoor square… [and] outdoor catering and public entertainment areas linked to the show”.

Michel Loris-Melikoff, managing director HourUniverse, said, “Our ongoing discussions with industry stakeholders have clearly demonstrated that the demand from the wider community for a large annual gathering in Switzerland, in the heart of Europe, is now stronger than ever.

“We are working to make HourUniverse not only the best business platform, but also a superb experience for our visitors. The pleasure of all being together, seeing clients and the press again, discovering and creating new opportunities, facilitating transparency, openness and conviviality are at the heart of our endeavours.”

However, the statement noted that exact dates had not been finalised: “The organising team continues to closely monitor developments and evaluate all alternatives if necessary, possibly even later in the year if the hosting conditions warrant further changes.”

Australia’s International Jewellery & Watch Fair is still scheduled to be held as planned from 28–30 August at the ICC Sydney Exhibition Centre in Darling Harbour.