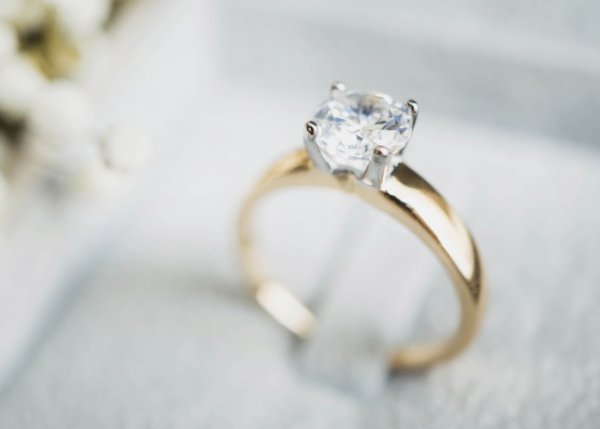 A hapless groom splashed out $20,000 an engagement ring – only to have thrown back in his face when his bride-to-be discovered it was lab-grown.

She wanted to know how much he’d paid for the 3.6-carat sparkler. When he showed her the grading certificate she was furious to learn he hadn’t bought her a “real” gem.

The anonymous 30-year-old ring buyer posted his tale of woe online, on the AmIthe***hole section of the discussion website Reddit.

He says his 27-year-old fiancÃ©e has since walked out on him and he is refusing to back down and get a mined diamond instead.

His post reads: “She was initially floored that I had spent so much but later became suspicious that I had managed to get such a large stone.

“When she saw it was lab-grown she got upset that I hadn’t bought her a ‘real’ diamond.

“Over the last week, I have explained to her multiple times my reasons for going lab-grown. I wanted to get her the most beautiful ring possible. But she insists that she can tell a difference and it is just not the same.”

He says lab-grown are better valued, better for the environment, and he has certainty that he’s not bought a conflict diamond.

He ends his post: “I said if she wanted to give the ring back and end our relationship, that is fine, but I would not exchange it.

“She called me an ***hole and went to stay the night with her parents. Since then I have received multiple texts from her friends telling me to just acquiesce and exchange the ring (and, ultimately, I will if it means saving the relationship) but I just feel like this is something worth being firm on.”