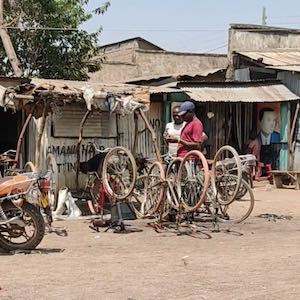 Hans Merket, a researcher with the International Peace Information Service (IPIS), says he didn’t go into Tanzania expecting to learn about people getting hurt and killed. His group simply wanted to measure how mines were viewed by surrounding communities.

But when they got to Mwadui, the area around the Williamson diamond mine, he kept hearing how mine security forces had taken violent action against purported trespassers on the mine area. There were reports of people being shot, stabbed, beaten, locked up, and killed.

“We really stumbled on these abuses,” he says. “We usually don’t do advocacy. It’s not our specialization.”

IPIS wrote up its findings in a 2019 report and sent it to Petra Diamonds, which owns 75% of the mine. (The government of Tanzania owns the other 25%.) Petra never responded.

“It was really strange,” says Merket. “You expect something like that from a small player but not a big player like Petra.”

But IPIS was not the only group that had noticed these serious problems.

In September 2020, U.K. law firm Leigh Day sued Petra on behalf of more than 30 Tanzanian nationals, charging a pattern of human rights abuses. Two months later, the NGO Rights and Accountability in Development (RAID) issued a report that linked mine security to at least seven deaths and 41 assaults.

In May, Petra agreed to a $7 million settlement with Leigh Day, whose list of claimants had swelled to 71. That number may grow even further, as another 25 claims are being investigated.

And while the settlement included the standard “no admission of liability” from Petra, the miner’s statement went further than most in admitting that yes, things were bad.

“Petra acknowledges that past incidents have taken place that regrettably resulted in the loss of life, injury, and the mistreatment of illegal diggers,” the company said in the statement. Petra also made public an independent report on the topic.

“They basically admitted to everything we said they did,” says RAID executive director Anneke Van Woudenberg. “And in some cases, more.”

(Petra executives declined an interview but referred JCK to this page.)

In addition to giving the company a huge black eye, the episode comes at a fraught time for Petra, a debt-laden company that put itself up for sale last year but eventually opted for a restructuring. Williamson is not even a large part of Petra as a business; according to analyst Paul Zimnisky, the mine only represents 10% of production.

But what makes this episode unusual is that Petra was a constituent of FTSE4Good, a listing of publicly traded companies that are said to meet strict environmental, social, and corporate governance (ESG) criteria. Petra has since exited the index, but due to its financial issues, not an ESG analysis, the company said.

When people talk about human rights abuses in the diamond industry, they usually think about conflict diamonds. But most of the recent problems have involved overzealous security taking violent action against artisanal miners. That happened in Marange, Zimbabwe. It’s happened in Angola. It was an issue for colored-stone miner Gemfields, which in January 2019 settled a lawsuit with Leigh Day, after 273 locals claimed they were abused by security at Gemfields’ Mozambique ruby deposit. Nor is this limited to gems; there have been similar issues at gold, nickel, cobalt, copper, and iron ore mines.

Critics concede that mines have the right to protect their property—just that violent or abusive measures shouldn’t be part of their toolkits.

Leigh Day solicitor Matthew Renshaw believes there will always be tension when rich companies set up operations in poor countries. A lot of the artisanal diggers are desperately poor, and freelance diamond digging is one of their few means of livelihood. Sometimes the villagers believe the miners are encroaching on land that belongs to them. The mine can disrupt their agriculture. The companies on occasion promise benefits for the local community and don’t deliver. And living near a mine can be challenging; the locals often have to deal with frequent blasts of dynamite and other noise.

In the case of Williamson, there was an added issue: Locals claimed they weren’t clear where Petra’s property ended or began. “There are places where abuses happened to villagers who were just passing by,” Merket says.

Sadly, for a brief moment, it looked like the Williamson mine might serve as an ethical showcase for the industry.

In 2005, De Beers, which had owned 75% of Williamson since 1993, decided the mine might serve as a laboratory for new ways of dealing with small-scale miners. In 2006, it committed $2 million to the De Beers–Mwadui Community Diamond Partnership at the Clinton Global Initiative.

“The idea was that maybe the Williamson mine could be a model,” says Ian Smillie, the founding chair of the Diamond Development Initiative (DDI)—an industry-NGO collaboration devoted to improving the fortune of artisanal diamond diggers—and the author of several books.

That lasted for two years. In 2008, Williamson was purchased by Petra Diamonds—whose business has been built on buying former De Beers mines. (De Beers viewed Williamson as a “marginal or loss making” asset.) The ambitious initiative came to a halt.

Petra ramped up production, but there were soon clashes between locals and the mine’s third-party protection force, Zenith Security Services. (Zenith, which no longer works for Petra, did not respond to a request for comment.) 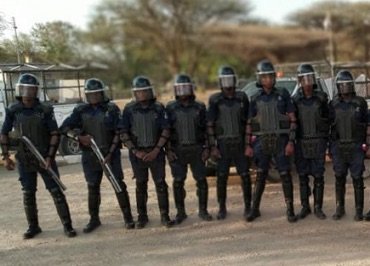 In addition to the guards taking sometimes ugly measures meant to deter trespassers, Van Woudenberg says that Williamson had a detention center, where many of the alleged abuses took place. “We don’t usually see diamond mines running detention centers. We asked them how they could do that. They never answered.”

Petra also ran the Williamson Diamond Hospital, where diggers injured in clashes say they were often handcuffed to their beds and denied medical care.

“There were quite a lot of earlier indications that things were seriously amiss,” says Van Woudenberg. “Tanzanian bloggers had been raising concerns since 2011 in both English and Swahili, as well as international NGOs. It seems implausible that at least some managers of the Williamson mine were not aware. We don’t know how far up those concerns went.”

In 2019, Richard Duffy became Petra’s CEO. Van Woudenberg believes that the change in management led to a more open dialogue on these issues.

“Since Duffy has been in place, all of our interactions have been forthright,” she says. “He’s taken these issues extremely seriously. The settlement agreement they announced was a really good step forward, both in facing up to what happened as well as taking positive steps in the right direction. I get the sense that this has been a significant shock in the company.”

Renshaw agrees that Petra’s management has been unusually candid, which was one reason the case was settled quickly.

Among the provisions that Petra agreed to: compensation for the victims, community projects that will spur economic development, expanded medical services, an independent operational grievance mechanism, and community access to certain mine areas so locals can graze animals or look for firewood. Petra has also hired a different security service, closed the detention center, and terminated any implicated employees.

Both Renshaw and Van Woudenberg are optimistic that things will improve, though RAID’s post-settlement statement stressed the need for continued independent monitoring.

In a way, it’s ironic: Petra might be a better company now than when it was listed on FTSE4Good. Van Woudenberg says this shows the dangers of companies declaring themselves “ethical” without any transparency or oversight.

“Too often, companies [use] wonderful marketing language and will say all the right things. But rarely does anyone look under the hood. In which case, it’s meaningless.”

(I would argue this holds true for lab-grown diamond companies as well.)

Some think this episode also demonstrates how important it is for mines to become active members of the local communities. In an interview last year, Aimee Boulanger, executive director of the Initiative for Responsible Mining Assurance, noted that while just about every miner has a community engagement program, their quality varies wildly. One of her group’s aims is to set up baseline standards for such efforts.

Merket feels that Petra could have prevented serious human rights abuses, as well as this financial and PR hit—and might have even lessened its security burden—had it paid more attention to what was happening on the ground.

When IPIS surveyed villagers near other mines, the producers were extremely interested in what the group found. Which Merket found puzzling. “They don’t seem to be receiving a lot of information about what’s happening in the local community,” he says.

In general, his group has found that there’s less tension between miners and locals when mine workers become “more embedded in the local community,” or a majority of the workforce comes from the community. Fences and walls tend to create not just physical but psychological barriers.

Renshaw says that “a lot of mines spend large amounts of money on human rights lawyers in London” while neglecting lower-cost community engagement.

“If there were a genuine desire to find out real information, it’s not that difficult. You just hire people to go around in the community. It’s not that these incidents were a big secret.”

Smillie, however, feels that truly solving these problems will require a larger, more sustained commitment, and finding a way to formalize the artisanal sector, in line with the mission of the Diamond Development Initiative.

“I went on a night ride at Williamson,” he says. “There were people running all over the place. If you have a mineral like diamonds or tanzanite and you have artisanal miners, you are going to have a security problem. And miners have generally handled these security problems badly.

“More regulations don’t work, fences don’t work, violence doesn’t work. The key to it is to bring the artisanal miners into the formal economy, to look at how you could make it legal and economically beneficial. That’s what the DDI is trying to do: Take the existing chaos and make order out of it.”