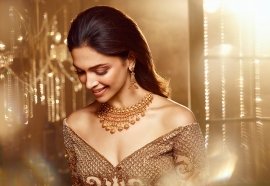 The Titan Company announced in its Q3 FY ’20 update that jewelry sales in December were were better than expected despite “the general economic slowdown in the economy leading to poor consumer sentimenthit.” The company said its revenue growth was “possibly due to a good wedding season” and that the jewelry industry as a whole witnessed “reasonable growth” in the festive Diwali season this year. The company itself did better, the statement reads, while also gaining market share.

Titan reported revenue growth of 11% for the quarter, while retail growth was “actually much better at 15%”. The discrepancy is due to the comparative quarter, Q3’19, having a large institutional order for gold coins which pushed its revenue higher. Titan notes in their filing to the BSE that jewelry performed well even though “sales in all divisions in the second half of December were impacted to some extent due to forced store closures due to the protests in the North East and in many other parts of the country.” According to Business Standard, thousands of people held protests against Citizenship Amendment Act (CAA) and National Register of Citizens (NRC) in various parts of the country. Titan commented that he general economic slowdown in the economy leading to poor consumer sentiment and lower walk-ins has been a concern for the last few quarters, it said. The company experienced different consumer responses in each of its divisions, noting that bridal jewelry is relatively immuned from market fluctuations.