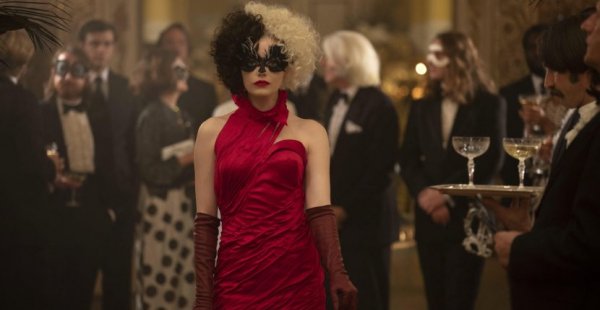 May 31, 2021—Cruella has been dubbed the “fashion movie of the summer,” but jewelry also plays a starring role in the production. Within the first couple minutes of the origin story for the villain from Disney’s classic 101 Dalmatians there is a necklace that our anti-heroine, played by Emma Stone, identifies as the “reason for her death.”

The jewel is an Edwardian-style pendant design centering on a gem that has the appearance of an opal. It is surrounded by “diamonds” and topped by a ribbon motif. While the necklace has all the earmarks of a fine piece of jewelry and looks great on screen, I believe it is costume. There is just a bit of heft and deftness missing in the design. Plus the stone is pretty large and it would be a seriously pricey piece.

As soon as the necklace is introduced, Cruella de Vil adds “I have gotten ahead of myself” and the same could be said of this jewelry journalist. 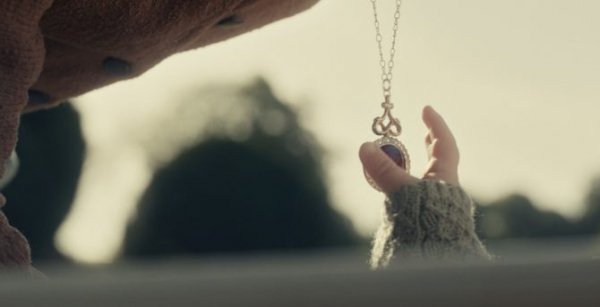 Cruella largely takes place in 1970s London in the midst of the burgeoning punk scene which sets a tone for Cruella’s style.

In the beginning Cruella is known as Estella and she is part of a merry band of grifters including Jasper and Horace (Joel Fry and Paul Walter Hauser) and two divine little dogs. The gang engages in all kinds of petty and big-time crimes. There is even a jewelry robbery with real diamonds. 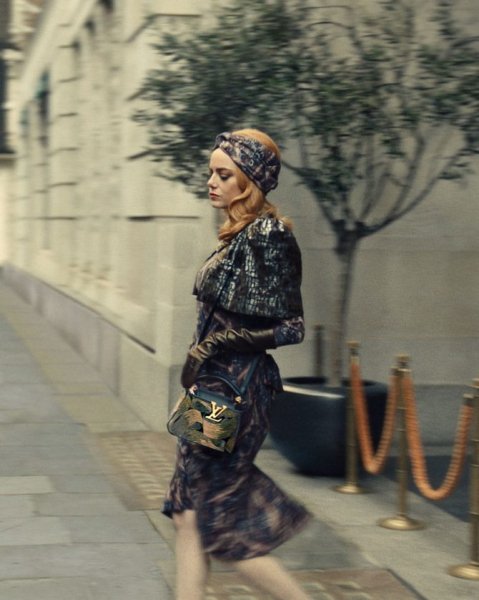 Through it all Stella looks stunning in ensembles she has sewn herself as well as some choice accessories from Louis Vuitton (the brand Stone fronts in real life). The outfits show off Stella’s talents as a fashion designer. During her off-hours she dreams of a career in the field. 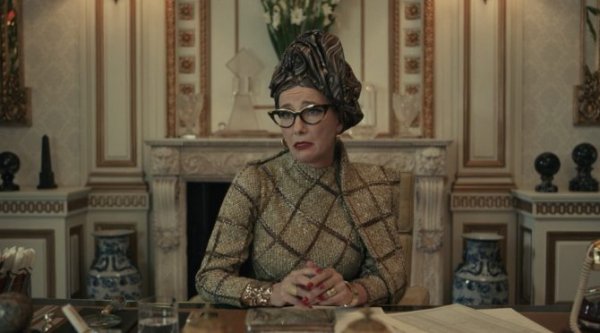 It doesn’t take long before she lands a job with the fashion designer, Baroness von Hellman, played by Emma Thompson.

The Baroness’s outfits are astonishing. And she is always decked out in jewels. For daytime her pieces are artistic statement items. 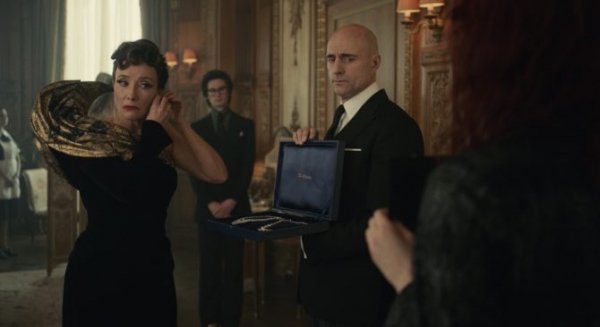 For evening, often times the Baroness wears diamond jewels from De Beers.  A number of the brand’s signature High Jewelry designs appear in the movie including the Arpeggia five-line necklace and three-line earrings in white gold. 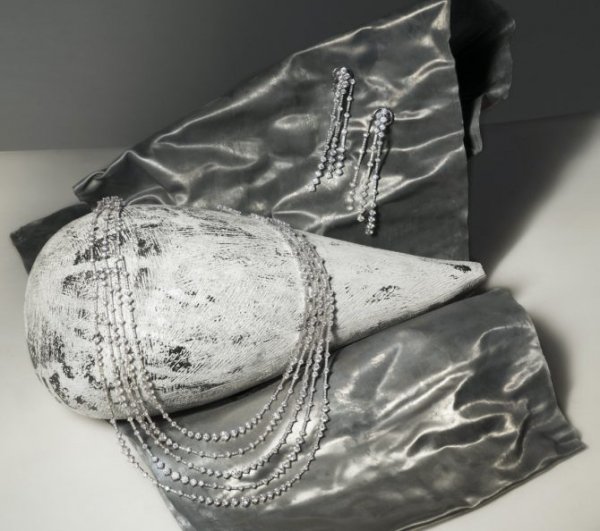 According to De Beers, the Arpeggia, was inspired by Beethoven’s Moonlight Sonata. It includes round brilliant diamonds on cascading lines of micro-pavé, “like the notes of the score.”

The Academy Award winning costume designer of the production Jenny Beavan said of the diamond jewels, “The Baroness needed serious accessories to match her style of dressing, so it was wonderful to use the elegance of De Beers diamonds to complement her red carpet outfits.” 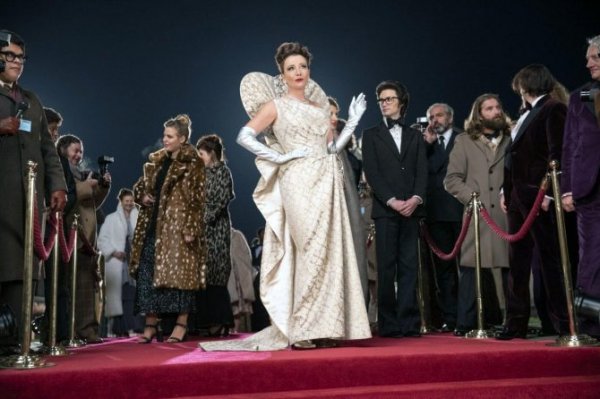 The film is great fun, a visual delight and filled with marvelous music from the 1970s era. Cruella can be streamed on Disney+ for an additional fee beyond membership or seen in theaters.