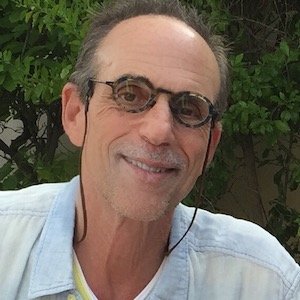 John Goldman (pictured), a member of the founding family of Medco Jewelry Corp. and vice president or Richline Group and Cynergy Trading, died of cancer on May 5. He was 67.

Goldman grew up in Kansas City, Mo., and attended the University of the Pacific in Stockton, Calif., for a year. He then went to work in the New York City office of Medco Jewelry Corp. At the time, Medco was publicly traded and one of the largest jewelry retailers in America, running leased jewelry centers in department stores, as well as a chain, Keepsake Diamond Centers, and seven catalog showrooms.

Goldman left Medco in 1980, when the company was in the process of dissolving, having lost its contract to run leased departments in J.C. Penney. He then joined Gordon Jewelers in Houston. He later ran the jewelry division for off-price department store Marshalls.

Beginning in 1995, he oversaw product development at OroAmerica, and was there when it merged with Aurafin in 2001 and, six years later, when it was sold to Richline. Goldman became a vice president at Richline, where he developed its Diaura brand of diamond jewelry, which turned into one of the company’s top brands, according to his profile on LinkedIn.

“He worked almost until the day he passed away,” says older brother Richard Goldman, who also works in the industry. “He loved the jewelry industry, and was loved by everyone.”

Richard Goldman remembers his brother as a “character” who loved wearing funky glasses and was a huge fan of the Kansas City Chiefs.

A small memorial service has been held for John Goldman in California, and there will be a small graveside service in the coming months, Richard Goldman says.

John Goldman is survived by Richard and three children, Max, Jack, and Grace.