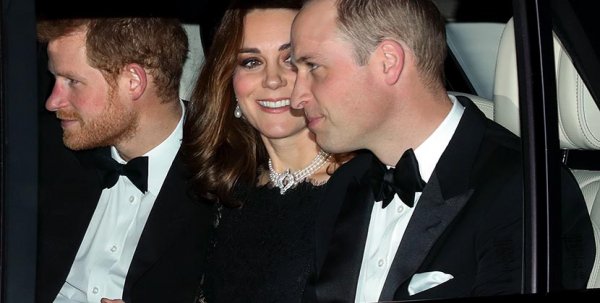 Was the jewel part of a royal makeover?

Editorial note: We are reupping this story from the archives, because Kate Middleton wore the same necklace and earrings reviewed here to Prince Philip’s funeral on April 17, 2021.

November 28, 2017—It’s a holiday royal jewelry miracle! You know how I have whined a bit in the past about how Kate Middleton has access to one of the best jewelry collections on the planet and she rarely takes advantage of it? Instead, she enjoys wearing her own jewels to most events. Well, she has begun to dip into the treasury slightly more frequently this year. Some professional royal watchers have hypothesized that it’s part of a royal makeover. Whatever it is, it works for this jewelry journalist. Let’s recap.

Over the summer—yes, I know months ago, but still—she wore a heavenly pair of the Queen’s antique earrings. She has been spotted in a couple of big time necklaces in 2017. And she has taken to wearing the Cambridge Lover’s Knot Tiara somewhat regularly which is fantastic because it’s one of the best tiara’s ever. 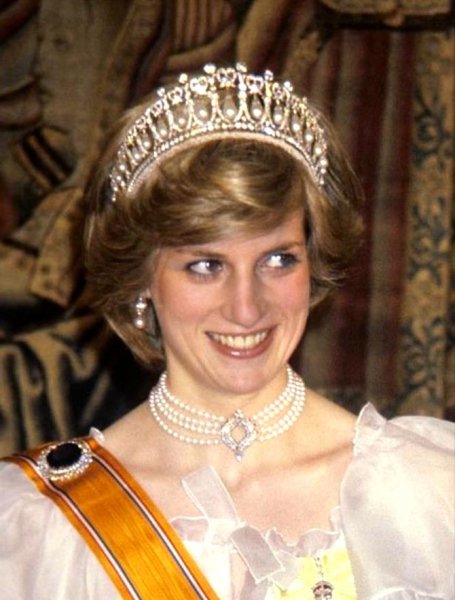 Well on Monday, Kate carried off one of her best jewelry looks of the year. For Queen Elizabeth and Prince Philip’s 70th wedding anniversary, she wore a pair of pearl earrings Diana received as a wedding present with the Queen’s Four Row Choker. Literally that’s what it is called, because that is what it is.

The British monarch had the jewel made from pearls the Japanese government gave her ages ago. According to Leslie Field, author of The Queen’s Jewels, “The large, conical, diamond studded clasp is deep enough for her to add another two rows of pearls, if she desires.”

Of course, now that space for the extra two rows is glaring at me, but still it’s great. Diana, who adored pearls, wore the piece at least once in 1982. 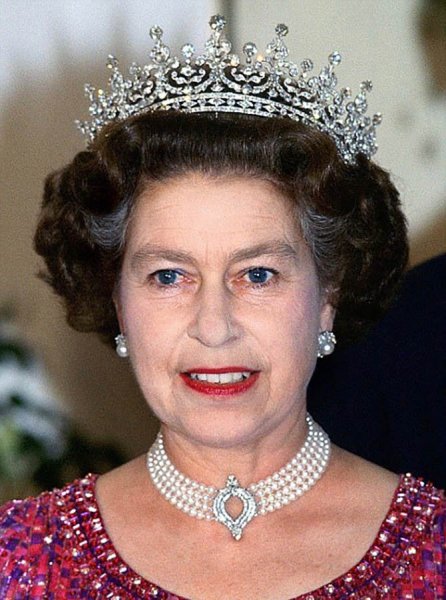 Now that Kate is beginning to wear the beautiful jewels from the crown collection, I only have two other royal jewelry complaints. Why are most photos of Kate snapped when she is in the back of the car or virtually behind a plant? My other complaint is everyone’s complaint. Could Harry please get on with it and propose to Meghan Markle with some spectacular sparkler? That would really be the royal jewelry holiday miracle.