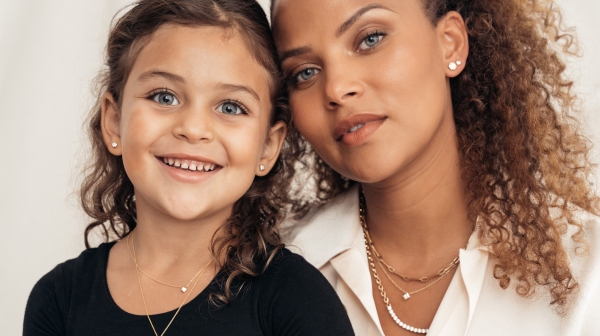 It’s inspired by the designer’s bond with her late mother and donates half of proceeds to a scholarship in her name.

Her most significant jewelry memories are related to her mother, whom she lost when she was 16.

“Every day since the early 1970s, my mom wore a single Elsa Peretti ‘Diamonds by the Yard’ necklace,” Mandler said.

“Years later, my father bought her a slightly larger version to replace it. The original necklace was tucked away in her jewelry box until my sister turned 13 and was given this heirloom to mark her important milestone.”

For years, Mandler awaited her turn to wear this family heirloom.

“I will never forget the day I proudly joined my mom and sister as part of this club of Mandler women. After all, my love of this space and drive to become a designer stems from [my mother].”

Mandler began her journey designing jewelry in high school. With Mother’s Day a major gifting day in the jewelry world, it’s been a difficult reminder through the years.

Now, Mandler is switching the narrative, debuting a special “Mom + Mini” collection that is a love letter and tribute to her mother, based on the concept of having a larger diamond and smaller diamond version of the same piece.

The designs are classic Lizzie Mandler—ageless, simple but bold, and with perfect proportions.

In a digital campaign, the “Mom + Mini” is photographed on five different families of mother, grandmothers and children. 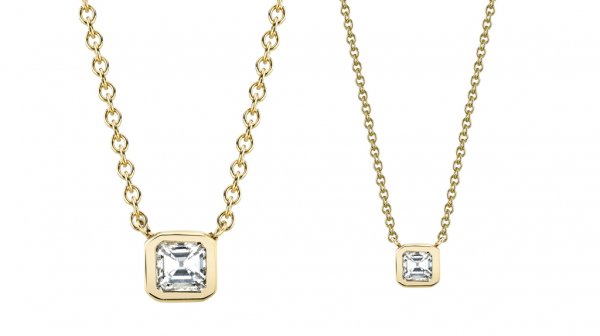 “The love in the room on the day we captured these moments was overwhelming, and apropos for such a collection,” said Mandler.

This Mother’s Day, half of proceeds will benefit a scholarship the Mandler family established in the designer’s mother’s name, Nancy Mandler, which supports female screenwriters at the American Film Institute.

The collection ranges from $1,195 to $4,045 and is intended to be worn at any age, even by children, as seen in the campaign. See the full range on LizzieMandler.com.
Source