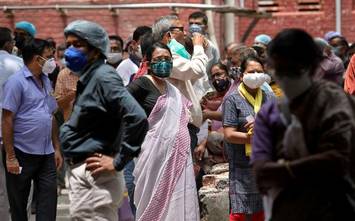 Maharashtra has announced a five-level unlock plan in a late-night order issued on Friday.

As per the official order, as shared by the Chief Minister of Maharashtra, Uddhav Thackeray’s official Twitter account, there shall be five levels of restrictions for different classes/categories of activity across the State.

Three levels of restrictions shall be applicable based on two parameters- Case Positivity Rate and Percentage of Oxygen Beds Occupancy.

The announcement comes shortly after the Maharashtra government on Thursday said it was considering a proposal to ease lockdown restrictions in phases. The statement was issued after Maharashtra Cabinet Minister Vijay Wadettiwar said that curbs are to be lifted in 18 out of 36 districts in Maharashtra from Friday.

The new plan will be implemented and will come into effect from Monday as soon as district and civic authorities issue orders in their respective areas.

As per the orders, districts falling in “Level 1” will have the least restrictions, while those in “Level 5” will have stringent lockdown-like curbs.

Mumbai recorded a positivity rate of 5.56 per cent between May 28 to June 3. The city will fall under level 2 of the restrictions.

Mumbai local trains however will remain non-operational for now.

The umbrella order has been issued for the entire State. Each district will be required to issue their own orders as per the situation in terms of positivity rate and oxygen beds. As per the orders, the State Public Health department will assess the situation every Thursday and will declare the occupancy of oxygenated beds and ampositivity rate of the State and every district.

Mumbai, Thane, and satellite towns such as Nashik, Pune, Pimpri-Chinchwad, Aurangabad, Solapur and Nagpur will be treated as administrative units. The remaining area of 34 districts other than Mumbai City and Mumbai Suburban district shall form a separate administrative unit.

In level 1, activities will go on as regular while curbs would be put on super spreaders such as travel by local trains, marriages, etc. In level 2, there will be minimization of gatherings in closed places and public places and limited public movement. In level 3 districts, public movement will be limited post 5 pm on weekdays and on weekends. In level 4, there will be a 5 pm curfew on weekdays and no movement will be allowed on weekends without urgent/emergency reasons. For level 5 districts, no movement will be allowed without urgent or emergency reasons.

Shops and establishments dealing with essential and non-essential items will be able to open regularly in level 1 and level 2.

Shops and establishments selling non-essential items will remain open till 4pm on weekdays in level 3 cities and districts. In level 4 and level 5, these will remain closed.

Malls, theatres, Natyagriha, etc. will be allowed to remain open on a regular basis in level 1 while they can open at 50 per cent capacity in level 2. They will remain closed in level 3, level 4 and level 5 districts.

There are no restrictions on marriage functions in level 1 areas. In level 2, such functions can take place with 50 per cent of hall capacity and a maximum of 100 people. For level 3, it has been restricted to 50 and 25 in Level 4. Only family members will be allowed to be present for functions in Level 5 areas.

There will be no restrictions on funerals in level 1 and level 2 districts. Funerals can be held with up to 20 people in level 3, 4 and 5 districts.

Interdistrict travel will be allowed in level 1 to level 4 districts except if moving to or passing through or with any stoppage in level 5. For this, the passenger will require an e-pass.

Passengers can move to or from a level 5 district including passing through or stoppage inside only with an e-pass. This will be given only in case of medical emergency or for performing an essential duty.