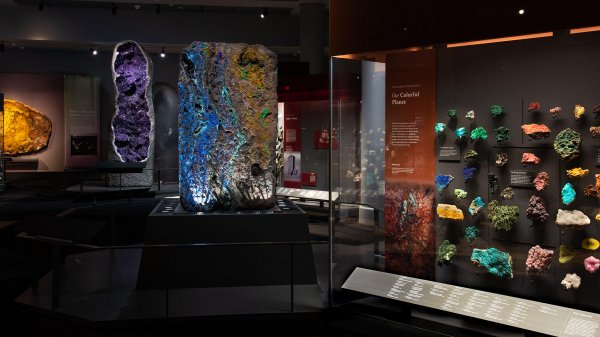 The redesigned gem and mineral halls at New York’s famed natural history museum will welcome back the public in mid-June.

The American Museum of Natural History’s Allison and Roberto Mignone Halls of Gems and Minerals is scheduled to reopen in mid-June. Allison and Roberto Mignone are longtime museum supporters and volunteers. (Photo credit: D. Finnin/©AMNH) New York—The American Museum of Natural History has set a date for the reopening of its redesigned hall dedicated to gems and minerals.

The museum announced last week that the Allison and Roberto Mignone Halls of Gems and Minerals will return to public view on Saturday, June 12.

The renovation of the gem halls was one of a handful of projects the museum initiated for its 150th anniversary, which it marked in 2019.

Construction began in the fall of 2017 but COVID-19 delayed the reopening of the halls. (The museum, like all other New York City institutions, was closed completely from March to September 2020.)

Museum President Ellen V. Futter said their reopening marks a “signal moment” in the resurgence of New York and the renewal of its cultural life in the wake of the pandemic.

“New Yorkers and visitors have long embraced these halls as one of the city’s treasures,” she said. “Now, with this complete redesign made possible by Allison and Roberto Mignone, the halls are more spectacular than ever and an even greater resource for learning about the processes that shape our changing planet and make it so endlessly fascinating.”

The renovated 11,00-square-foot space has three main areas: the Gems Hall, the Minerals Hall, and the Melissa and Keith Meister Gallery for temporary exhibitions.

All told, the Mignone Halls contain more than 5,000 specimens sourced from 95 countries.

Gem and mineral hall highlights include:
—The 563-carat “Star of India” sapphire;
—The 9-pound almandine “Subway Garnet” discovered under 35th Street in Manhattan in 1885;
—The 632-carat “Patricia” emerald;
—The “Singing Stone,” a massive block of vibrant blue azurite and green malachite from Arizona; and
—A massive 5-foot section of beryl crystal from the Bumpus Quarry in Albany, Maine. 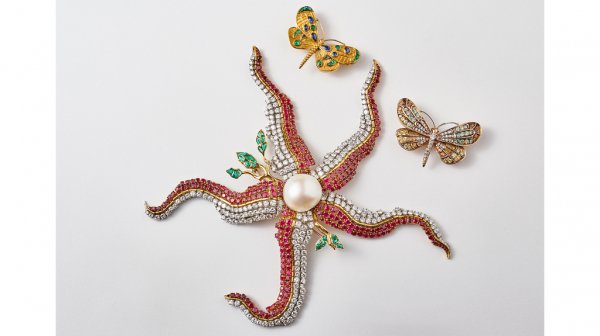 The opening exhibition in the Melissa and Keith Meister Gallery will be “Beautiful Creatures,” a display of pieces of jewelry inspired by animals and divided into three categories: land, air, and water.

Jewelry historian and author Marion Fasel curated the exhibition and authored a new book to go along with it.

“Beautiful Creatures is devoted to animal-themed jewelry designs created over the last 150 years. The timeframe dovetails with the founding of the American Museum of Natural History in New York in 1869,” Fasel said.

“The institution … actively contributed to the public’s exposure to and subsequent fascination with the study and science of nature, particularly the animal kingdom, which, in all its remarkable diversity, has promised never to lose its allure for jewelry designers.”
Source