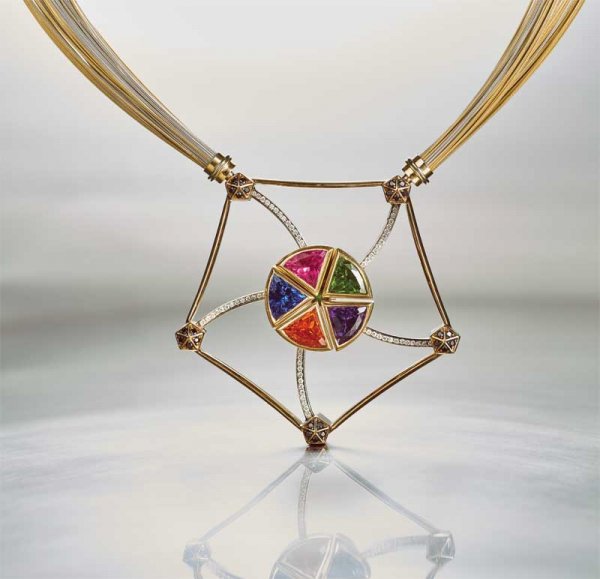 As my readers will know, I enjoy entering jewellery design competitions. One of the most challenging contests in the industry is the bi-annual German Jewellery and Gemstone Prize. Run by the gem dealers’ association based in Idar-Oberstein, Bundesverband der Edelstein- und Diamantindustrie e.V. The competition for finished jewellery design is held every second year, while intervening years focus on the gemstone arts of carving, faceting, and objets d’art. November 2016 marked the 47th annual awards. Unlike most competitions, this one offers significant cash prizes—a great incentive to one’s creativity when designing! 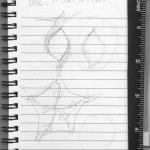 Officials also impose a theme each year. While some designers may find this restricting, I find having to interpret the designated theme in my own way adds to the challenge. Resultant entries and consequent winners show a great depth and breadth to the entrants’ creative abilities. Themes are usually announced at the awards presentation in November each year, preceding the following year’s competition. Last fall, however, the original theme for 2016’s competition, “Explosion,” had to be scrapped due to the tragic events in Paris and Belgium. It may have taken a few months for officials to name a new theme, but they succeeded and released, “It’s a Kind of Magic!” The category for young designers was themed, “I want to break free!”

Feeling inspired
My entry this year had its genesis two years ago while at Gem Fair Tucson with my friend and talented gem cutter, Stephen Avery. He had a fantastic five-stone suite and I fell in love with it immediately, sketching an initial design idea that day. The suite featured five pie-shape stones of amethyst, spessartite, tanzanite, pink tourmaline, and peridot—Avery has a great talent for combining colour, tone, and saturation to create harmonious groupings.

Despite my ability to visualize the gems being articulated, travelling along curved tracks, and coming together to create the full circle, or be moved in any position the wearer might choose, the gems and the idea lay dormant.

You May Also Like  Going custom: How trend spotting can drum up custom work 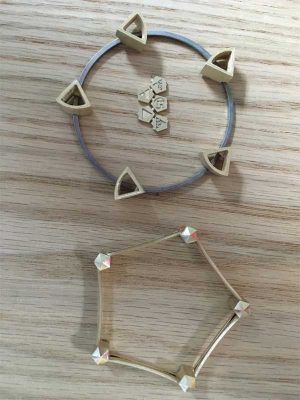 From the ashes
Two years later, the theme for the German competition was announced, and I began researching the world of magic. Stumbling upon the five-fold pentagram, I tried many variations of the idea, but the standard pentagram star was not satisfying. I finally reverted to my earlier pencil sketch of a stylized version of the classic magical pentagram.