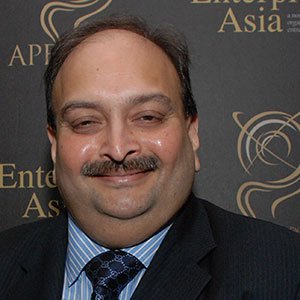 Choksi, who has been considered a “fugitive economic offender” from India since 2018, has been “detained by law enforcement for illegal entry into Dominica,” read a statement from Dominica’s Ministry of National Security and Home Affairs, which was posted by Asian news channel ANI on Twitter.

The statement said that “possible arrangements will be made” for Choksi to be repatriated to Antigua, where he’d been living since 2018 after word of criminal charges against him broke.

However, Gaston Browne, prime minister of Antigua and Barbuda, said that Choksi’s citizenship has been revoked, and that he will be returned to India.

“We will not accept him back,” Browne told ANI, according to Reuters. “He made a monumental error by skipping the island.”

The government-owned Antigua/Barbuda Broadcasting Services said that Choksi was reported missing on May 23.

Yet, sending him back to India might not be so easy. Choksi’s lawyer, Vijay Aggarwal, told India’s Republic TV that it is “legally impossible” for his client to be extradited back to India, setting up a possible legal wrangle to come.

“The moment my client acquired the citizenship of Antigua, he ceased to be a citizen of India,” Aggarwal said. “He cannot be repatriated to India. India has got no say in it.”

He added that “we must first understand under what circumstances Mr. Mehul Choksi landed up in Dominica. My understanding is that his landing up in Dominica is not voluntary at all.… I am certain of it that Mr. Choksi would not have gone to Dominica voluntarily, because his legal position [in Antigua] was extremely secure.”

Modi was arrested in London in 2019. Last month, a British court approved his extradition to India.

A criminal complaint filed in September 2018 by India’s Directorate of Enforcement charged Choksi and Gitanjali with violating Indian money laundering laws by siphoning the PNB money to Samuels and another U.S. company, Diamlink.

Choksi has proclaimed his innocence.

The 118-year-old chain Samuels Jewelers filed for Chapter 11 shortly after news of Choksi’s arrest, and was later liquidated.

Authorities in Dominica did not return requests for comment. Neither the government of Antigua nor Aggarwal could be reached for comment.