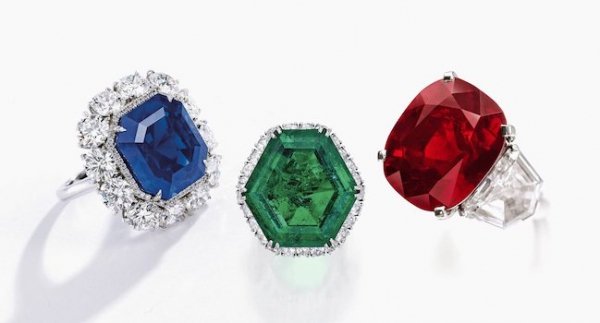 Members of the FMC will receive advertising funds, sales training, and promotional materials, as well as marketing support from The MVEye, formerly known as MVI Marketing.

The FMC was developed following a consumer and trade research study conducted by The MVEye last year across North America.

"Even though dealers, jewellery manufacturers and retailers said they all make more margin from coloured gemstones than diamonds, they were not investing in training, promotion and inventory"Dev Shetty, Fura Gems

Dev Shetty, CEO Fura Gems, told Jeweller, “The research found that 93 per cent of jewellery shoppers love/like emerald, ruby and sapphire, with 46 per cent saying they are likely to purchase precious coloured gems in the next two years.

“Yet even though dealers, jewellery manufacturers and retailers said they all make more margin from coloured gemstones than diamonds, they were not investing in training, promotion and inventory to grow this category.”

Liz Chatelain, president The MVEye, added, “When we reviewed the research data, it became very clear that there is a tremendous underserved consumer market for colourred gemstone jewellery.

"We were very excited that Fura is standing up to support the industry and help grow the market.”

It has pledged $US2 million ($AU2.6 million) to fund the FMC’s first year, with membership open to its direct rough-buying customers, as well as “all other cutters, loose stone dealers, jewellery manufacturers and retailers that are working with Fura’s product,” Shetty said.

North America, India, and Australia will be the initial focus of the FMC’s retailer activities, expanding to other markets in 2022.

It will launch its marketing programs at the upcoming JCK Las Vegas trade show in August, and more information can be found at www.fmcgems.com.