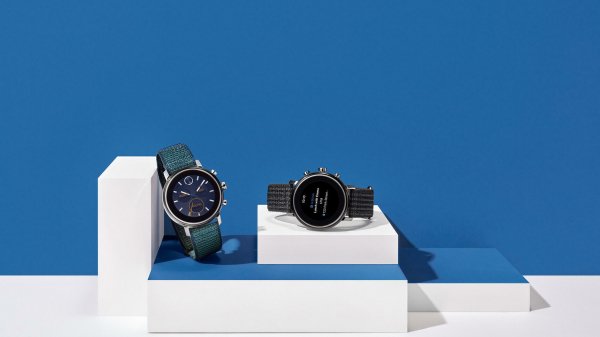 Net sales in the first quarter were up 94 percent to $134.8 million, compared with $69.7 million in the previous year’s first quarter.

International sales, which have been hampered by continued store closures in Europe and Latin America, rose 68 percent in the quarter.

“This strong performance reflects the ongoing success of our strategy to maximize the power of our brands with sought-after innovation, improved digital capabilities, and high-impact social media and marketing,” said CEO Efraim Grinberg in a press release about the results.

Demand for watches and jewelry exceeded quarterly expectations across its wholesale and brick-and-mortar retail channels, he said.

“Strong consumer response to our brands and offerings, coupled with the beginning of the easings of restrictions that brick-and-mortar retail in certain geographies led to net sales increases across our segments of owned brands, licensed brands and company stores, as well as across certain geographies, most notably the United States,” said CFO Sallie DeMarsilis on an earnings call Thursday morning.

The Movado brand was the star of the show this quarter, with its e-commerce site growing 250 percent compared with the previous first quarter.

The Movado jewelry brand, available exclusively on its website, also saw “a strong and growing demand,” said Grinberg on the earnings call.

There will be cable television ads as well as social and digital marketing campaigns for the Movado brand during the first half of the fiscal year.

Movado Group’s licensed brands, including Coach and Tommy Hilfiger, put on a solid performance, said Grinberg, with sales up 90 percent year-over-year. He attributed the growth to its e-commerce performance and the reopening of U.S. markets.

For the Tommy Hilfiger brand, jewelry and watches performed well, including its Parker and Baker watches and its ID bracelets.

Coach’s new products, like Preston and Harrison, drove strong sales in the U.S. and China.

Hugo Boss performed well in the U.S. department store channel and via e-commerce partners in Europe, said the company.

Its new pilot edition chronograph, featuring a black style and brown strap, was a top performer for the brand. Meanwhile, its jewelry collection is undergoing an expansion.

The MVMT brand has a new white ceramic collection, which sold out quickly, but is ready to go again in time for Father’s Day and graduation season.

Olivia Burton’s brick-and-mortar sales struggled in its home market of the United Kingdom amid store closings, but its online sales were strong. Its new tea party watch collection was well received, while its jewelry assortment grew.

Looking to the year ahead, Grinberg remained cautious as the COVID-19 battle rages on.

“We are hopeful that as more people become vaccinated, we will see an acceleration in reopening of markets in Europe and Latin America,” he said.

“Given our momentum from the first quarter combined with the strength of our balance sheet, we are well positioned to deliver sustainable growth over the long-term.”