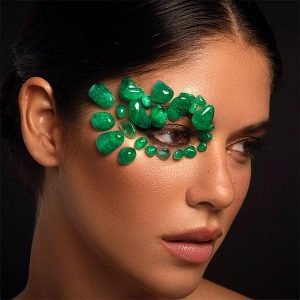 As May arrives, our thoughts turn to emeralds, the month’s birthstone, and a gem that symbolizes rebirth, hope, peace, growth, and nature. The word emerald quite literally means “green” in Greek. And, as such, a number of companies are promoting their emeralds this month.

As part of its May Emerald Month initiative, Muzo is promoting awareness of its charitable Muzo Foundation, which works to transform the western Boyacá region of Colombia through early childhood education, training schools, higher education scholarships, and more.

“Transparency and philanthropy are at the core of our business, and we are thrilled to have created new channels to help drive awareness of these efforts,” Gabbi Harvey, Muzo’s head of business development, said in a statement.

Meanwhile, Gemfields, the London-based supplier of colored gemstones, specifically emeralds and rubies, wants to be top of mind as jewelers source the gem in the coming months.

As such, it has announced a new collaboration with jewelry designer Sandy Leong, via its newly formed Gemfields Foundation: the Sol collection, which features responsibly sourced emeralds, 18k recycled yellow gold, and conflict-free white diamonds. The Gemfields Foundation supports community and conservation projects in Africa; Leong will contribute 10% of all Sol sales to projects focused on children and education.

“I started my company with sustainability and humanitarianism at its core and have always looked to partner with like-minded businesses who share similar values,” said Leong in a statement. 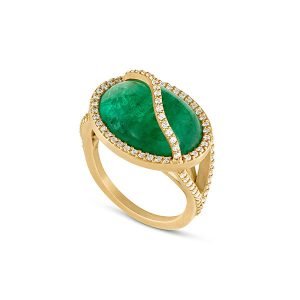 There has been renewed interest in emeralds in the United States in recent years. Actors have taken to wearing the gem on the red carpet, for instance, as a symbol of protest against sexual harassment and gender inequality.

And, of course, the rich green hue simply looks fresh.