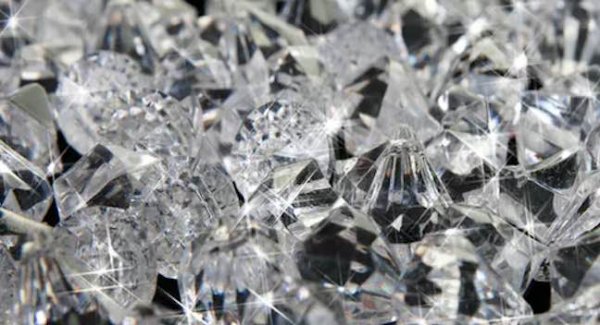 The warning pertained to advertising that compared natural mined diamonds with man-made diamonds – also known as lab-grown, lab-created, or synthetic diamonds – appearing on the NDC’s website and in marketing assets made available to retailers.

That report, The Socioeconomic and Environmental Impact of Large-Scale Diamond Mining, was compiled by Trucost, a corporate advisory firm established to “provide the data, tools and insights needed by companies, investors and policy makers to deliver the transition to a low carbon, resource efficient economy”.

Diamond Foundry previously criticised the report as relying on outdated or secondhand information about the lab-created diamond sector’s technology, and claimed neither it nor De Beers – whose Element Six subsidiary is one of the largest lab-created diamond producers – had been approached by the report’s authors.

In an April 22 statement, the NAD determined that the NDC’s evidence for the 'three times less carbon emissions' claim was “not sufficiently reliable” and was “concerned that such claims conveyed a broader implied message about the overall environmental benefits of mined diamonds versus man-made diamonds”.

In the statement, NAD confirmed the NDC had agreed to comply with its recommendations and was “grateful for the NAD’s constructive feedback about its substantiation and will incorporate NAD’s suggestions as it collects additional data to support its advertising claims.”

In March, the NDC made its own complaint to the NAD, challenging descriptions and nomenclature used in digital marketing for Diamond Foundry and its subsidiary, jewellery brand Vrai.

"NAD determined that Diamond Foundry must, consistent with the Federal Trade Commission (FTC) Jewelry Guides, make an effective disclosure that its diamonds are man-made… [and] distinguish its LGDs from mined diamonds"National Advertising Division statement

The statement added, “Diamond Foundry’s use of the terms ‘created diamonds,’ ‘diamonds created aboveground,’ ‘sustainably created’ or ‘sustainably grown,’ and ‘world positive,’ as they appear in the context of the challenged advertising do not sufficiently communicate that the diamonds are laboratory-grown and unmined.”

However, NAD commended Diamond Foundry and Vrai’s digital marketing as “replete with clear messaging as to the man-made nature of its diamonds and often plainly contrasts its products with mined diamonds”.

Formerly known as the Advertising Self-Regulatory Council (ASRC), NAD is an independent non-profit organisation that monitors and reviews truth and accuracy in advertising, including product testing, pricing claims, and disclosures. Its cases are often established based on challenges from competing businesses.

It is industry-funded and while not an official regulator, it frequently refers cases to the US Government’s Federal Trade Commission.