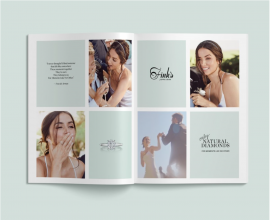 “Partners, both bricks & mortar and online, have a critical role to play in both inspiring and educating consumers. Their capabilities impact on both the short-term and long-term success of the industry,” says David Kellie, CEO of NDC. The NDC has the resources and expertise to support retailers, and the new program offers advertising, education, and digital content opportunities on a scale not previously available.

The platform would allow retailers to co-brand the “For Moments Like No Other” campaign starring actress Ana de Armas, which debuted in September 2020.  Additionally, they would have access to other digital and educational resources, such as a digital toolkit, non-campaign social media assets, along with editorial press on the NDC’s website, which attracts 300,000+ average daily visitors.

Although the program is now available to retailers in the United States, it will shortly expand to include retailers from China, India, and other markets of the world. Retailers have already begun engaging with the program including London Jewelers, Lux, Bond & Green, Days Jewelers, Walters & Hogsett Jewelers, among others. The first installment are set to debut in Spring 2021.