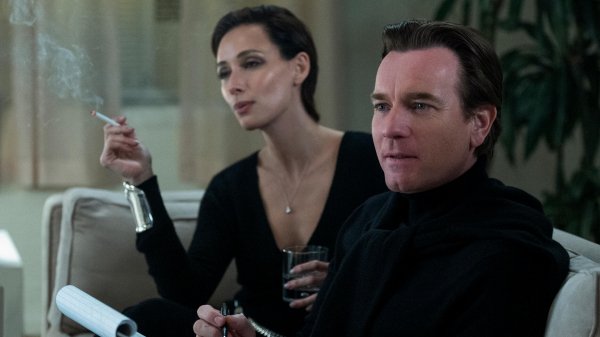 After binging “Becoming Halston,” Editor-in-Chief Michelle Graff wants to see a series that puts the jewelry designer front and center.

Netflix’s “Becoming Halston” tells the story of the life and career of fashion designer Halston (Ewan McGregor), including his friendship with jewelry designer Elsa Peretti. Rebecca Dayan plays Elsa and is seen wearing pieces of her jewelry, like the Bone cuff, throughout the series. (Photo credit: Jojo Whilden/Netflix ©2021) I’m neither a television critic nor an expert on the life and designs of Elsa Peretti, save what I learned when writing about her passing earlier this year.

But I will say this: I had a lot of fun learning more about her, and her longtime friend Halston, by binging Netflix’s “Becoming Halston” over the weekend, and I’d love to see Elsa get a biopic of her own.

Based on the book “Simply Halston: The Untold Story” by Steve Gaines, the five-episode limited series tells the story of how a boy from Des Moines, Iowa named Roy Halston Frowick went from designing hats to redefining American fashion before he ultimately became his own undoing.

Halston was one of Elsa’s closest friends and one of the most influential creative forces in her life, introducing her to Tiffany executives in 1974. 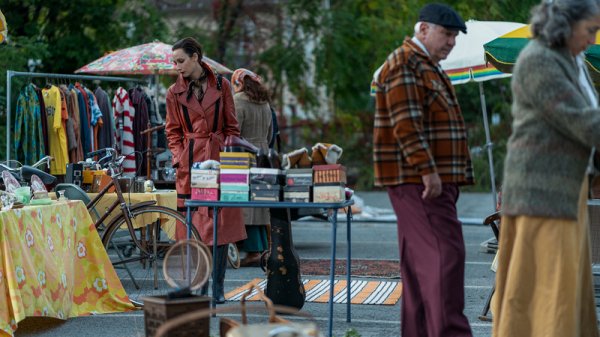 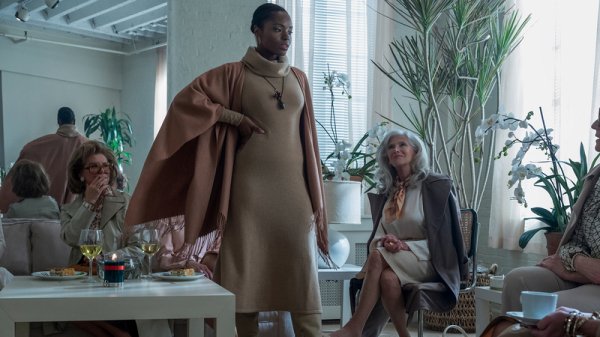 In the Netflix biopic, mention of Elsa’s career as a jewelry designer doesn’t come until the third episode, but her designs are everywhere.

Elsa, played by French-born actress Rebecca Dayan, mentions jewelry in the very first episode, suggesting  a “nice big piece of chunky jewelry” would elevate a design Halston describes as a prom dress fit for a Martian.

The Bone cuff, which recently turned 50, can be spotted as soon as the second episode.

Longtime Halston friend Liza Minnelli, played brilliantly by Krysta Rodriguez, is wearing one when Halston asks her to perform in The Battle of Versailles Fashion Show, a real event that took place in November 1973.

Later in that same episode, Elsa wears a Bone cuff on the way to Paris and in the fashion show.

Also seen in the series: Elsa’s snake belt, bottle pendant (the inspiration for Halston’s perfume bottle, which Elsa also designed), Scorpion necklace and heart dish, which is used to store cocaine, a character of its own by the series’ end. 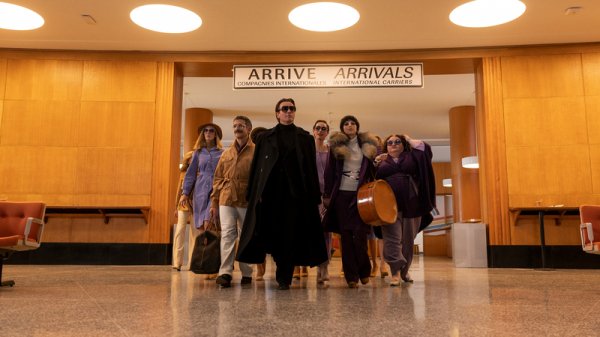 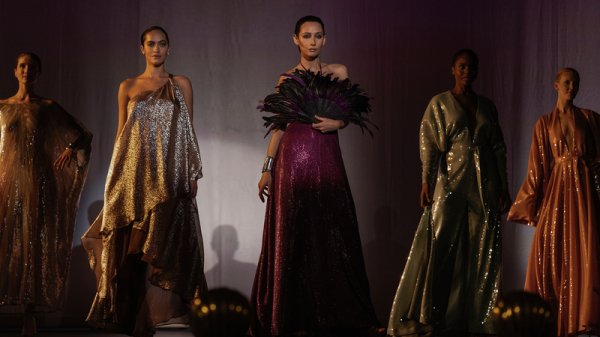 As mentioned, I’m not a TV critic by any stretch, but I thought Dayan did a wonderful job portraying Elsa Peretti—she was vulnerable and loving but also a badass when it was called for, like when she defended herself and her talent during their argument in the Hamptons in episode four.

Dayan also depicts the jewelry designer as being more grounded, sensible, and even-keeled than Halston, which is true to what Elsa was in real life, Marion Fasel wrote in The Adventurine.

Elsa eventually fled the ‘70s New York party scene to spend more time in the village outside Barcelona, Spain where she lived for years, a move that probably saved her life.

She died this past March at the age of 80, outliving all of her friends by decades, including Halston, who died in 1990.

I want to see, and know, more about her life, not just during her wild partying days at Studio 54 but also her later years in Spain.

“Becoming Halston” is available on Netflix now. And the show on Elsa Peretti, starring Dayan, is … coming soon?
Source