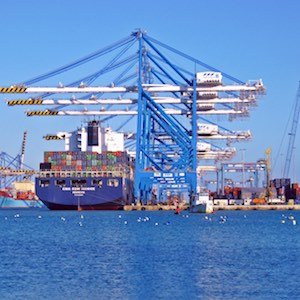 Donald Trump may no longer be president, but the trade spats he gleefully picked with the rest of the world continue.

The clock is ticking for India and the United States to resolve an ongoing dispute over a digital service tax, and if they don’t, it’s possible—though some say unlikely—that a wide range of Indian jewelry items will be slapped with a new import duty of as high as 25%.

A virtual hearing on Indian tariffs is set for May 10, with the final determination likely to be made in the coming weeks.

The dispute stems from the determination by the Office of the United States Trade Representative (USTR) that India’s 2% digital service tax, which targets e-tailers like Amazon, is “unfair and discriminatory,” as it affects only non-Indian companies.

As a result, the USTR has proposed additional tariffs of up to 25% on around 40 different Indian goods. Of those 40, 17 involve jewelry.

The full list can be seen on the final two pages of this USTR release. India’s Gem and Jewellery Export Promotion Council (GJEPC) called out the 17 jewelry-related items here.

Veteran trade watchers say the imposition of the duties—never mind duties that reach as high as 25%—is far from certain.

“[E]ven if [the USTR] announces those individual tariff lists, it most likely will suspend them for six months to allow time for continued negotiations,” wrote Politico’s Doug Palmer on May 3. “The Trump administration did that last year in an earlier investigation against France’s digital services tax. Then, in January, the Trump administration suspended the tariff threat against France ‘indefinitely.’ ”

Jewelers of America president and CEO David Bonaparte tells JCK that “we are keeping an eye on it. So far, we don’t see anything alarming that will affect the industry at this time. We don’t think it’s going to have a heavy impact. These things typically have a way of working themselves out.”

Still, the proposed actions are strong enough that the GJEPC asked members to submit comments asking that the gem and jewelry business not be singled out. (The period to supply comments has ended.)

Most of the comments the USTR received on Indian tariffs were from the jewelry sector—with occasional comments from the shrimp industry, which was also singled out.

Wrote GJEPC chairman Colin Shah: “Our sector had earlier been significantly impacted with the abrupt withdrawal of the GSP benefits [in 2019]. We are now deeply disturbed with the threat of further action against our niche sector.”

He said that the imposition of tariffs would create “severe economic harm, not only for the Indian businesses and their employees, but also to the U.S. businesses with whom we have built a solid foundation of harmonious business relationship.”

He added that the main beneficiary of any jewelry tariffs would likely be China, which has emerged as India’s main competitor on the world jewelry market.

A smaller but not insubstantial jewelry producer, Turkey, may also be subject to retaliatory tariffs on its jewelry, and several Turkish jewelry producers voiced unhappiness on that as well.

Muharrem Kayili, deputy secretary general of Turkey’s Jewellery Exporters’ Association, commented: “If the new import duties were to be imposed, our U.S. partners, including tens of thousands of small- and medium-size jewelers located across the country, would be forced to increase their prices as a result. Our principal competitor in the United States is Italy, but any tariffs seem likely principally to benefit cheaper, lower quality competition, such as products from China.”

The USTR did not return a request for comment by press time.

(Photo courtesy of the National Oceanic and Atmospheric Administration)