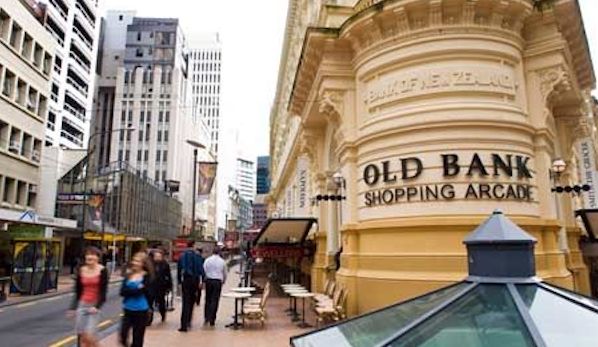 Deputy Commissioner Tania Kura and her partner, retired Detective Inspector David Archibald, noticed a commotion inside the Michael Hill Jewellers store in the Lambton Quay area while on a morning walk.

"Police, with the help of some brave members of the public, have taken a risk-taking thief off the street"Deputy Commissioner Tania Kura, New Zealand Police

Archibald told New Zealand news website Stuff.co.nz, “I ran into the store and saw a masked and gloved man grappling with the store manager. I managed to get quite a good grab on him. He was pretty strong but from experience, you know, [I] never let go.”

Kura phoned police and several staff from nearby stores rushed to provide assistance.

“I saw someone pulling his belt off and another had the price tag still on it,” Archibald recalled.

“A staff member had brought the belt from their stock to help tie him up, which was smart thinking.”

Added Kura, “Police, with the help of some brave members of the public, have taken a risk-taking thief off the street.”

The suspect is scheduled to appear in Wellington District Court, facing burglary charges, on 11 June.

It is the latest in a spate of Michael Hill Jewellers targeted in recent weeks; the Queen Street store was subjected to an overnight smash-and-grab raid on Friday 23 April, and the Albany Westfield store was also broken into during a 2am burglary on Monday 26 April, with a “large quantity” of jewellery stolen.

Several people – including teenagers – have since been charged in relation to the crimes.