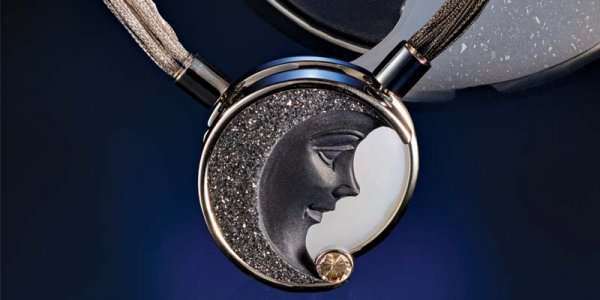 For more than 500 years and 25 generations, Idar-Oberstein in western Germany has been the centre of that country’s gem-cutting industry. The convenience of local water from the Nahe River and the Idarbach to power machines, along with mountains rich in agate and jasper, has resulted in a centuries-long tradition of cutting and carving gem materials.

Historically, craftsmen in Idar—as it’s known by the locals—supplied carvings, cabochons, and faceted gemstones to European and North American collectors and jewellery artists, such as Fabergé, Tiffany & Co., and Cartier. However, when local supplies dwindled in the late 19th century, gem dealers travelled abroad, particularly to Brazil, where gemstones could be easily recovered from open-pit mines or river beds. They sent these materials to Idar, where the technical skills of cutting and carving were still alive and well.

Today, Idar has many workshops ranging from single artisans doing piece work in their home studios to larger factories supplying jewellers around the world with gemstones of all sorts and specialties, such as hard-stone cameos and intaglios. The town has produced masters like Hans-Ulrich Pauly, whose whimsical and beautiful carvings are inspired by nature, as well as Bernd and Tom Munsteiner, who created ground-breaking styles of gem cutting that changed the face of the industry. Other carvers have produced larger-scale works, incredibly life-like animals and birds often combining different gem materials to suit the subject and accented with precious metals and cut gemstones.

Why am I telling you this? Well, the pendant you see on the opposite page features two agate carvings I purchased from Hans-Jakob Klein, one of Idar-Oberstein’s fine gem suppliers. Not only that, but at the writing of this article, it was announced my design had won first place at the 45th German Award for Jewellery and Precious Stones Idar-Oberstein 2014. Let’s take a closer at some of the technical challenges in the pendant’s design.

You May Also Like  Two steps forward: Discussing racism and jewellery