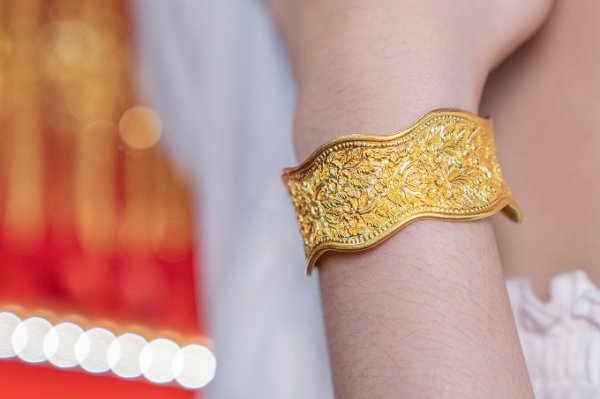 Demand for gold jewellery bounced back in the first three months of 2021, recording high double-digit growth on the back of steady recovery in the major markets of China and India, latest data from the World Gold Council (WGC) showed.

WGC said demand reached 477.4 tonnes in the first quarter, up 52 per cent from the same period last year, with China and India seeing a 212 per cent and 39 per cent year-on-year increase, respectively.

“Jewellery demand continued to recover in Q1 but has some way to go to return to pre-pandemic levels,” WGC said in its Q1 2021 Gold Demand Trends. “Having been all but decimated by the pandemic between Q1 and Q3 2020, gold jewellery demand recovered towards the end of last year and into Q1 2021.”

Compared with historical data, this year's Q1 demand fell short of the quarterly average of 505.9 tonnes achieved in the last five years and well below average first-quarter levels of 540 tonnes between 2015 and 2019.

Q1 however is a seasonally weak quarter for gold jewellery demand, and usually falls from Q4, the council said. “The quarterly percentage drop in Q1 2021 – of just 7 per cent – was far smaller than we have seen in recent years as consumers continued to make up for lost opportunities in 2020 and benefit from lower gold prices.”

Jewellery demand in value terms exceeded average levels in recent years, with the value of jewellery spending reaching US$27.5 billion – an all-time high since Q1 2013.

“Q2 in China is traditionally a low season for gold jewellery demand, partly as consumer preference veers towards lighter gold jewellery pieces during the hot summer months,” remarked WGC. “We expect this trend to repeat itself in 2021, but the longer International Labour Day holiday in May 4 along with weddings being rescheduled from 2020 are likely to provide some support.”

In India, growth was mainly attributed to substantial wedding purchases and improving consumer sentiment. Demand reached 102.5 tonnes while the value of jewellery demand grew 58 per cent year on year. Steady retail demand pushed local gold price premiums to a 51-month high of US$7 per oz in early March.

Wedding-related purchases buoyed jewellery demand through Q1, boosted by a degree of pent-up demand from postponed weddings in 2020.

“The outlook for the coming quarter is, however, cautious,” noted WGC. “As new lockdowns are imposed in various areas of the nation in response to rising Covid-19 cases, consumer confidence has dipped. This is likely to impact wedding demand in Q2.” A dip in demand may be tempered by digital and omni-channel retail strategies and consumers having taken advantage of lower Q1 prices by making early purchases of gold for weddings in Q2 2021.