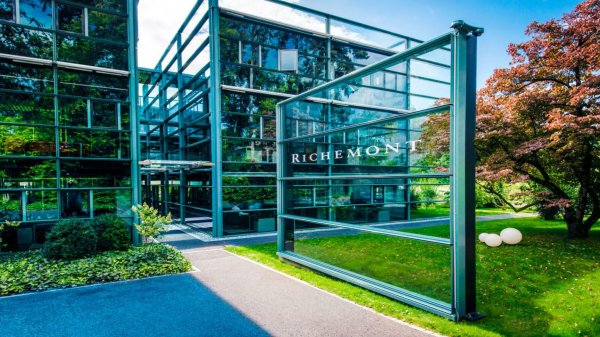 However, fourth-quarter sales were up 30 percent year-over-year at actual exchange rates.

The category saw a 54 percent sales rebound in the fourth quarter.

Jewelry sales saw strong double-digital growth in the second half of the year, surpassing pre-COVID levels by the end of the year, Richemont said, crediting “the enduring appeal of Cartier, Van Cleef & Arpels, and Buccellati.”

Retail sales in the segment were strong, with online sales up triple digits for the full year.

The iconic collections continued to perform well, including Clash Supple and Santos for Cartier, Frivole and Perlée for Van Cleef & Arpels, and Opera Tulle for Buccellati.

But quarterly sales were up 10 percent year-over-year.

“Our Specialist Watchmakers division is in a very healthy state,” said Richemont. “The desirability of our maisons has been fueled by the reinforcement of iconic collections with well received new references and our strongest-ever resonance during Watches & Wonders.”

Quarterly sales were up 21 percent, bolstered by strong online retail sales, though e-commerce growth could not compensate for declines in other areas.

The Asia-Pacific region saw the strongest growth, up 19 percent for the year while quarterly sales surged 106 percent. Sales growth in mainland China offset declines in locations seeing a halt in tourism, like Hong Kong and South Korea.

Full-year sales in the Middle East and Africa slipped 1 percent, though international tourism began to return in the second half of the year.

In Europe, public health measures and a halt in tourism sent full-year sales down 31 percent. Quarterly sales were down 7 percent.

In Japan, full-year sales were down 22 percent due to the lasting impact of COVID-19 while fourth-quarter sales were up 15 percent as online sales rose.

Quarterly retail sales were up 62 percent year-over-year. Sales in Asia Pacific and the Middle East and Africa were especially strong.

Richemont did not provide financial guidance for the year ahead.
Source