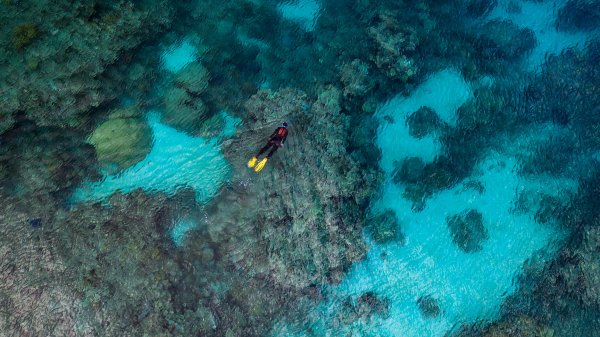 The hour-long special highlights the work of environmentalists fighting to protect the planet’s oceans.

Emma Camp is one of the Rolex Awards Laureates featured in “Perpetual Planet: Heroes of the Oceans.” Here, she searches for resilient corals that might save the Great Barrier Reef. (©Rolex/Franck Gazzola) New York—Rolex marked World Oceans Day (June 8) with the release of its first documentary commissioned from BBC Studios’ Science Unit.    “Perpetual Planet: Heroes of the Oceans” is an hour-long film that documents work being done around the globe to protect the fragile ecosystems of the world’s oceans, as almost a third of ocean life has been destroyed due to climate change and human activity.   Rolex Testimonee (brand ambassador) Sylvia Earle, who has been involved with Rolex through exploration since 1970, narrates.   Earle is a legendary oceanographer, explorer, author, field research scientist and environmentalist who is also the president and co-chair of Mission Blue, a campaign to explore and protect the world’s oceans while raising public awareness, access, and support for marine protected areas.
In the documentary, she highlights the work of seven individuals, five of whom are Rolex Award Laureates. Laureates receive cash grants to advance their research projects, access to Rolex’s network of 150 Laureates, media coverage, and a Rolex chronometer.   Michel André, a 2002 Rolex Awards Laureate, works in Antarctica deploying pioneering new technology to listen to the ocean’s acoustic environment and help protect it from noise pollution.    Ghislain Bardout is co-founder and leader of Under The Pole expeditions. He developed a special capsule that enables scientists to stay underwater for 72 hours at a time, gathering data to protect the oceans.   Emma Camp, a 2019 Rolex Awards Associate Laureate, has developed coral nurseries on the Great Barrier Reef that she hopes will help revitalize other vulnerable reefs worldwide.   Kerstin Forsberg, a 2016 Rolex Awards Laureate, works in Peru protecting endangered manta rays by improving ocean literacy through education, developing ecotourism, raising awareness, and getting the next generation involved.   Vreni Häussermann, a 2016 Rolex Awards Laureate, works in the depths of the Chilean fjords of Patagonia using mini submersibles to find and protect previously unknown coral species.   Brad Norman, a 2006 Rolex Awards Laureate, uses sophisticated electronic tagging to protect whale sharks in his native Australia and elsewhere.   Angélique Pouponneau represents a Mission Blue “Hope Spot” in the Seychelles. Mission Blue creates marine-protected Hope Spots in areas of the  oceans considered vital to the preservation of species, or places where communities rely on a healthy marine environment for their livelihoods. 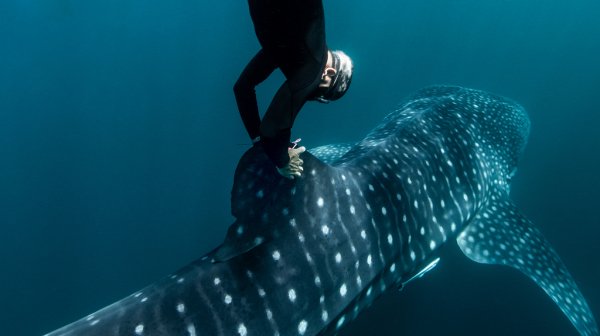 Rolex commissioned the film as part of its Perpetual Planet initiative, which it launched in 2019.
The watch brand noted that it has been involved in exploration for the sake of discovery for almost 100 years; Sir Edmund Hillary, for example, was wearing a Rolex Oyster Perpetual when he and Tenzing Norgay summitted Mount Everest in 1953.

In recent years, it has shifted to championing explorers who are working to protect the planet and using science to find solutions to today’s mounting environmental challenges.    “Perpetual Planet: Heroes of the Oceans” is being broadcast on National Geographic channels and is available to watch on Rolex.org.
Source