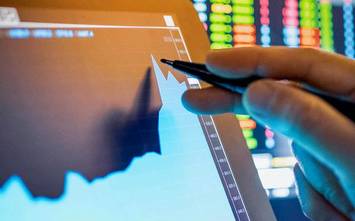 The market rebounded sharply on Thursday with benchmark indices closing over half a per cent higher. Equities, after opening on a positive note, rallied further in the second half on sustained buying in PSU banks and financial stocks.

The breadth of the market remained positive with 2,456 stocks advancing, 727 declining and 150 remaining unchanged on the BSE. As many as 621 securities hit the upper circuit and 126 the lower circuit; 467 hit their 52-week high, while 26 touched a 52-week low.

Vinod Nair, Head of Research at Geojit Financial Services, said, "Ahead of US inflation data and the European Central Bank policy meeting outcome, Indian equities reflected its Asian counterparts to trade on a positive note.”

“With faster vaccine coverage and off-loading of fiscal measures, the economic impact of the Covid second wave will most likely be restricted to Q1FY22, the monthly report of the Department of Economic Affairs said. Gains in the market were broad-based, in all major sectors except auto," said Nair.

On the sectoral front, automobile stocks remained under pressure, while realty, financials and pharma stocks gained. The Nifty Auto was down 0.11 per cent at closing.

All the broader indices closed in the green. Mid-cap and small-cap stocks continued to witness significant buying activity.