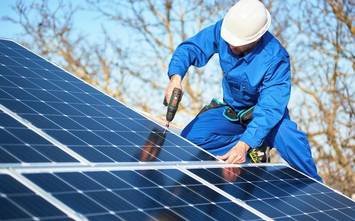 Your return on investment is based on various factors such as cost, subsidy and electricity price

India has the world’s cheapest solar power, suggests a survey by the International Renewable Energy Agency. Even amidst a raging global pandemic, climate change worries still continue to make the headlines. Carbon emissions can be reduced by moving from coal to renewable power such as solar. In the spirit of doing what is in your power to do, should you install a roof-top solar unit? Let’s find out.

Buying and installing a rooftop unit and associated components is typically how home owners or apartment communities generate solar power. There are various incentives and subsidies provided by Central and State Governments towards the capital cost. For example, the Ministry of Renewable Energy (MNRE) has proposed a subsidy for rooftop solar power plants under the ‘Sustainable Rooftop Implementation for Solar Transfiguration of India’ (SRISTI) scheme. States such as Tamil Nadu also have similar subsidy schemes. For home owners, banks provide loan for setting up solar units, under the home improvement category.

Based on the rooftop area available and your budget, you can choose the capacity to install. You can assume that 1 KW capacity requires 220 sq. feet of area. This can potentially produce 5 units in a day (with 5-6 hours of sunshine), assuming good solar intensity–– that varies across states. For example, in states such as Gujarat, the intensity is high, versus that of others such as Himachal Pradesh.

The average price of panels is about ₹35,000 to ₹50,000 per KW (depending on the overall capacity). This forms about one half of the cost. Inverters needed to convert DC power to AC, wiring and other components and installation may take the cost to ₹60,000 to ₹75,000 per KW. These can be purchased as a kit, along with mobile apps to monitor power generation.

Costs, however, increase substantially if you go for battery backup – which may be skipped for grid-connected solutions. Data from the MNRE shows that the benchmark per Watt cost is only ₹60 for grid connected system without battery, but shoots up to ₹100 if a 6-hour battery storage is added for off-grid usage.

Your return on investment depends on your cost, subsidy and the cost of electricity. Based on data from the MNRE’s calculator in its website, if we assume ₹8 per unit of power, a 1 KW unit would save you about ₹12,000 per year. This mitigates 41 tonnes of carbon per year and is equivalent to planting 49 teak trees. If the cost was ₹60,000, you can get your return in five years and continue to reap the benefits for 20 or more years (as the lifetime is about 25 years).

The practical math is not so simple and the return is based on the use case as well. For example, if you face frequent power-cuts in your area, a rooftop solar unit may be a good investment, because the alternatives such as diesel generators or large capacity inverters to store electricity are far more expensive.

However, if there is grid power which is somewhat assured for most parts of the day, the primary reason for installing will be to go green and reduce the power bill. In this case, the cost saving depends on the power policy in your State. For instance, some states use gross-metering – where you pay normal rates for the power you use and get paid a lower amount for the power you generate. In this case, the return on investment tends to be much lower.

Some states such as Karnataka have net metering – you are billed the difference between what you use after deducting what you generated. This often gives a better payback. Even in these, be aware of various caps on the amount of power you can export to the grid. In Gujarat, for example, it is capped at 50 percent of the contract load or the limit sanctioned for the first two years of the agreement.

Besides power policy, there is lack of support from the Government for capital cost subsidies. For instance, Tamil Nadu caps capacity to 1 KW for subsidy (₹20,000 per kW). There is often a long queue involved in getting subsidy in nearly all states and you must plan on making full payment.

There may also be delays and onerous procedures to follow for being paid for power generation – completion of site inspection and getting net meters installed by the authorities.

If ownership is too expensive but you still wish to be green, consider renting out your terrace space to a Government or private entity to install the equipment. In return, you get financial benefits. For example, in Kerala, if you go with the utility-owned model, you can get 10 percent of the electricity produced, for free. Alternatively, you can buy any quantity of electricity produced at a fixed rate.

The author is an independent financial consultant