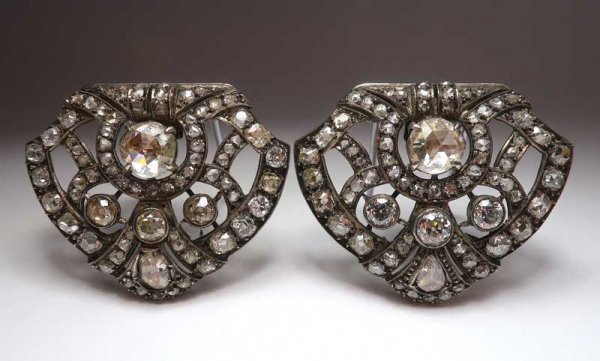 Silver is cool—both in colour and in possibilities. This precious metal has its ups and downs, but, even in its ups, it continues to fit even the most modest budget. Many budding jewellers and designers work in silver because it lends itself to creativity without much added worry about the value of unsold inventory. Likewise, plenty of highly skilled, established, and renowned jewellers continue to work in silver because of the look, feel, and behaviour of the metal.

When I worked at the bench (it feels like centuries ago), I participated in the Toronto Outdoor Art Exhibition, as the community had accepted me for my ‘art’ jewellery. In the course of three days, I made half of my annual income, which was very meagre at the time, just from silver band rings. I had a basket of them available in different textures, styles, and sizes, having wound, rolled, hammered, or twisted wire around and around a ring mandrel, then sawn, soldered, and finished the pieces—minimal cost for materials and $20 each for ready-to-wear jewellery. 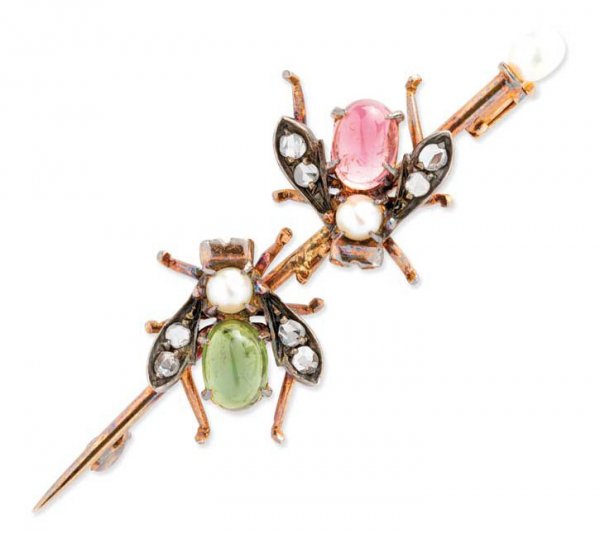 Thirty years later, I’m glad to see some people still wear a small stack of different rings I made (or, at the very least, they dig these pieces out when they expect to see me on a Zoom call). I’m even more glad to say that, while I haven’t sullied the bench for three decades, there are now actual skilled jewellers creating beautiful, creative work in silver.

These jewellers and designers are in good company: silver is a precious metal, as well as a ‘noble’ one. The latter doesn’t mean that it belongs to nobility—though, historically, much of it probably does (or has in the past). Noble metals are those that resist chemical action and won’t tarnish or break down in normal circumstances. These include gold, silver, and platinum.

Indeed, if an article of silver, say, were to become buried in the eruption of Mount Vesuvius; or be thrown in anger into the River Thames; or sink in a pillaging Spanish Galleon off the Florida Keys; or be buried in an Etruscan tomb for 2500 years, it is likely the piece would still showcase its beauty as its maker intended and wouldn’t rust away or break down like so many other materials.

Silver has consistently served as an important metal for coinage and jewels. The wealthy have long enjoyed food and drink served in silver vessels and, for generations, the aristocrats of the world have possessed silver cutlery and serving pieces. The metal has been refined for around 5000 years; silver objects dating back many thousands of years are often found in archaeological excavations around the globe in locales of Africa, Europe, the Americas, and Asia.

Fortunately, these days, we don’t have to mount archaeological digs in our backyards to find remarkable silver. Vintage pieces are regularly available through antique dealers, largely online. Auction houses will commonly offer silver flatware, hollowware, and decorative items, such as candlesticks. Meanwhile, museums display some of the world’s most extraordinary silver items and often have extensive online catalogues available for viewing.

Silver plays a major part in some of the most precious jewels in the world. After all, it wasn’t until the 20th century that white gold was first alloyed and, likewise, platinum was extremely rare at this time. Thus, if a diamond of this era was set in a gold jewel, it’s likely the diamond itself was set in the only white-colour precious metal available: silver. Indeed, at the time a 19th century jewel was built, the silver setting for a diamond would have been a bright, white metal; now, 150 years later, the metal has darkened to an (appropriately) oxidized blackish colour. The silver setting was often on a gold jewel and silver was simply the available white metal to accentuate diamonds. 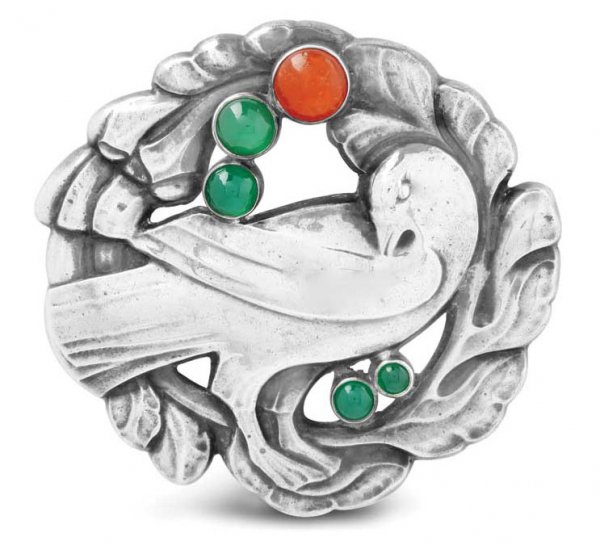 If you look at national hallmarking standards, it becomes clear silver is considered as important as other precious metals. British Hallmarks, often featuring an image of the reigning monarch (like on coins), were devised to ensure a minimum standard of silver content and to prove an item was truly comprised of the metal (and, of course, that tax had been paid). French Hallmarks, similarly, were devised to provide comfort that the buyer of a silver item was receiving what is expected and that the metal has been assured by government assay office tests.

In jewellery education, many students and apprentices learn and practice with less costly materials, such as brass and copper. Likewise, entry-level jewellery artists often begin building inventory in silver, as the precious metal is both affordable and easily saleable.

You May Also Like  Rise through the ranks: How you can improve your online presence

While silver is modestly priced, it’s complex to work with. It conducts heat, which makes soldering more difficult because it risks affecting other solder joints near to the one being worked on. Further, when soldered, silver gets ‘fire scale’—a hard, greyish surface feature that requires cleaning up. This makes the silversmithing process more complex.

Indeed, silver is less costly, but the labour involved is equal to or even greater than working on other precious metals. At around $30 an ounce, silver fits most budgets; it’s far more affordable than gold, which is a few thousand dollars an ounce, or platinum, which, at the time of writing, is a little more than half the price of gold.

When buying silver jewels, I’m not necessarily paying for the raw materials; I’m investing in the design, work, and love that have gone into a piece. 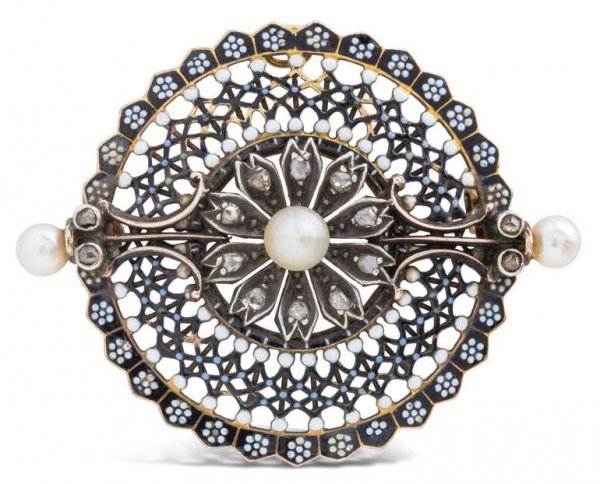 Jewellery lovers will often buy a ‘fun’ silver item when browsing a craft studio, art show, or online showroom. What’s more, they’ll do it the next time they’re out and about, too, accumulating a great collection of interesting, whimsical, and amusing jewels.

Silver allows for a more modest expenditure and, therefore, greater volume of purchases. Who doesn’t want eight rings instead of two, or three bracelets instead of one? This lends well to stacking, which is all the rage these days.

Of course, silver is not the exclusive territory of the independent jewellery artist in a small studio. Artists and designers around the world have embraced silver as their metal of choice.

There’s warmth to the look of silver, which adds to the appeal of these jewels. A designer can bring much to their creation by using texture and light in combination with the colour of silver, creating unique beauty that brings a smile to a client’s face.

One of the most famous houses for silver jewels is Georg Jensen. Established more than a century ago, the Danish company has consistently brought a focus to individual designers. Often buyers will have a particular Jensen designer as their favourite—perhaps choosing the work of Vivianna Torun, Henning Koppel, or another designer. Jensen jewels are eminently collectible and fans tend to have many in their collection.

You May Also Like  Capturing the high-end luxury market 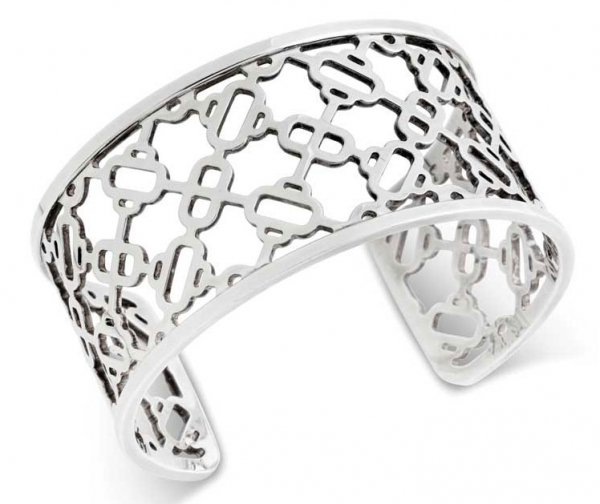 Another famous house widely known for its silver jewels is Tiffany & Co. Even older than Jensen, Tiffany was established in 1837—a time when silver would have been the metal used for setting diamonds—and the company continues to produce silver jewels today. Like Jensen, Tiffany showcases the design work of known and highly regarded designers. For example, Elsa Peretti’s famous ‘bone’ cuff bracelet, first produced in the early 1970s, remains an exceedingly desired item. Peretti jewels, while sometimes produced in gold, are very commonly in silver.

Like the big houses, independent jewellers want to provide their clients with a broad scope of designs, styles, textures, and price points—and silver can tick all of these boxes. Manufactured silver jewels can be modestly priced with low labour costs.

After all, while custom designed jewels in any precious metal may have similar expenses for design and labour, the material cost for silver is small. This means even a jewel that has many hours of work involved can be of modest price compared to something similar in a different precious metal.

In the current market, young shoppers are looking for fun jewels and, of course, stackables. As a jewellery retailer, if you can offer an enduring jewel for little more than they spend on their dinner being delivered to their door, you’re halfway to a new sale.

Silver provides an opportunity for inventiveness and creativity without the much higher price of gold. Jewellers and designers can let their imagination run free when working in the flexible and accommodating medium of silver. Indeed, while gold and platinum definitely have their very important places, the scope of silver continues to hold a special allure for jewellery lovers. 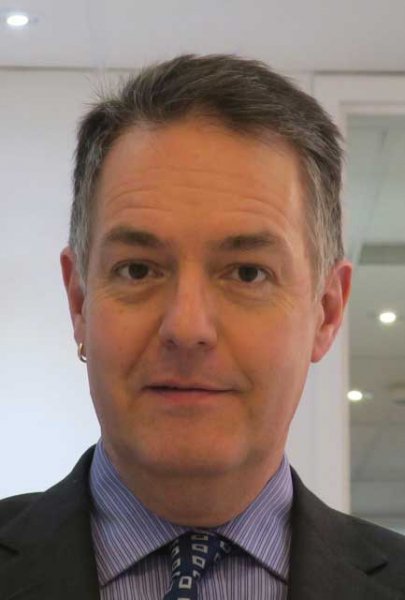 Duncan Parker, FGA, FCGmA, CAP-CJA, is vice-president of Dupuis Fine Jewellery Auctioneers, based in Toronto. He has worked as a gemmologist and jewellery specialist, appraiser, and consultant for the past 32 years. Parker is an educator and lecturer on jewellery subjects, and has been a speaker at international conferences with a focus on jewellery history. He has served as president of the Canadian Gemmological Association (CGA) and Jewellers Vigilance Canada (JVC). Parker can be reached via email at duncan.parker@dupuis.ca.