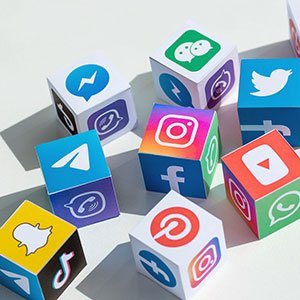 Here are some of the most recent social media updates to come to your favorite platforms, which may offer a boost for your business and connections with your customers.

Capitalizing on the idea that TikTok is more than just a place for entertaining video clips, the platform has introduced Lead Generation for businesses.

The new feature will allow members who have joined TikTok as a business to share details of their products and services.

Lead Generation allows users to fill out a form in which they can indicate their interest in a particular product or service. It also enables businesses to create custom messages for multiple customer segments, and allows them to incorporate customers’ information into their CRM.

For reference, TikTok offers a number of case studies on how some businesses have already taken advantage of the new feature. You can read about that here.

As more and more people seek to earn a living online and through social media, Twitter is yet again enhancing their ability to do so. The platform’s latest feature, called Tip Jar, allows users to pay for a tweet or service they appreciate on the app.

Twitter has stated that it will not take a cut of the tips.

But there have already been reports of privacy issues surrounding the new feature’s introduction. One user warned that it’s possible to inadvertently share personal information when using PayPal to send a tip; information like addresses will appear on the tip’s receipt. Twitter says it’s working to correct this issue.

Another complaint from users is the ease with which users can request money from others, an annoying aspect of the function that could absolutely destroy the user experience.

Time will tell if Twitter is able to work out the kinks with this new system—and in the meantime, we’ll learn exactly what warrants a tip-worthy tweet.

In what may arguably be one of the best updates to come to social media as of late, Instagram has given users a new sticker that will automatically caption their Stories.

The sticker transcribes the speech heard in Stories and adds captions to the video. This function makes Stories more accessible for people who are deaf or hard of hearing, but it also just makes sense: Many users browse Instagram without their sound on or earbuds in, potentially missing useful (or entertaining) information.

Instagram says it will start testing automatic captions in its Reels feature soon.

In yet another boost for creators across a series of social media apps, Snapchat has announced plans to introduce a new Creator Marketplace this month.

The marketplace is currently focused on Snapchat’s Lens and AR creators—those users that create their own customized augmented reality (AR) experiences—and seeks to connect these users with brands to create AR ads. Snapchat has plans to expand the program to other users over time.

One of the purposes of the marketplace: to make it easier for small businesses without in-house development to access the platform’s AR ads.

You can find out more details of the rollout from Snapchat.