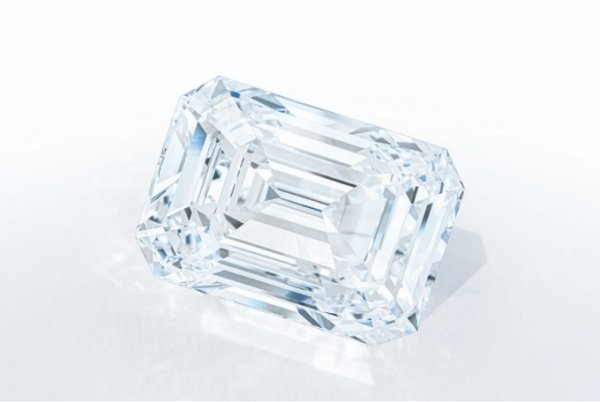 An internally flawless 100.94-carat, D-colour diamond believed to be the largest polished gem from Russia fetched US$14.24 million at a Christie’s Magnificent Jewels auction in Geneva.

The “Spectacle” diamond was cut from a rare 207.29-carat rough during a process that took one year and eight months. The emerald shape was chosen to maintain the perfect geometry of the crystal, the auction house said.

The price achieved — well within pre-sale estimates — translates to a per carat of US$141,000.

In total, the sale held on May 12 generated a total of US$64.06 million, with sell-through rates of 91 per cent by lot and 98 per cent by value. Bidders from 29 countries participated in the auction.

Also offered at the event was an extremely rare parure of sapphires and diamonds from the collection of Emperor Napoléon I’s adoptive daughter, Stephanie de Beauharnais, Grand Duchess of Baden (1789-1860).

The pieces included a tiara, a collier, a pair of earrings, two pendants and brooches, a ring and one bracelet, alongside the important sapphire crown of Maria II Queen of Portugal. The collection sold for a combined total of US$3.64 million. The sapphire crown alone was snapped up for US$1.96 million.